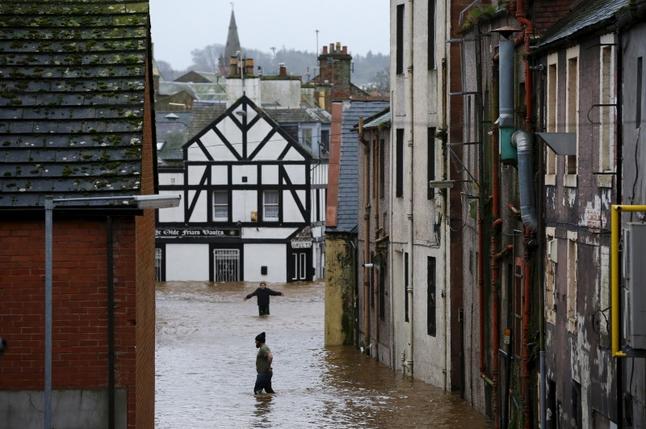 Lloyds Banking Group (LLOY.L) said on Friday it expected to pay around 60 million pounds ($85.68 million) in insurance claims to households hit by flooding in Britain in December.

The bank helped more than 10,000 households affected by Storms Desmond and Eva in Scotland and the North of England through its Lloyds Bank, Halifax and Bank of Scotland insurance brands, it said in a statement.

Direct Line (DLGD.L) has said it expects up to 140 million pounds in claims from customers across three UK winter storms in December and January – Desmond, Eva and Frank.

Ageas (AGES.BR) said its fourth-quarter results were hit by the December storms, while the extreme UK weather also contributed to a fourth-quarter loss in general insurance at Zurich Insurance (ZURN.VX).

The Association of British Insurers said the floods were likely to lead to 1.3 billion pounds in insurance pay-outs.bri.