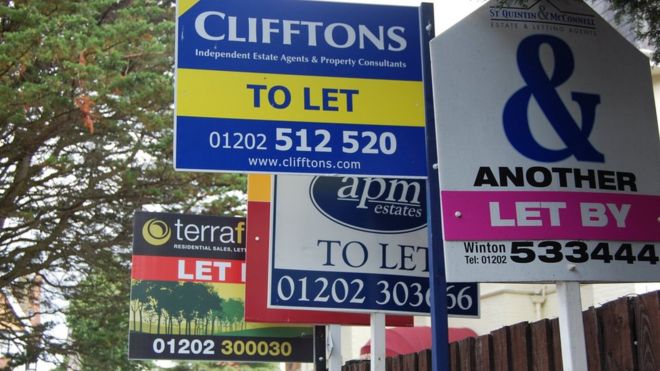 The pace of house price rises will slow when tax changes “take the heat out” of interest from investors, surveyors suggest.

The Royal Institution of Chartered Surveyors (Rics) predicted that the UK housing market will slow down over the next three months.

This would slow price rises, Rics said, but only in the short-term.

Surveyors still expect house prices to rise by 25% over the next five years.

“Over the past three months, we have witnessed a surge in buy-to-let activity,” said Simon Rubinsohn, Rics chief economist.

“Investors have rushed to purchase homes before the stamp duty surcharge comes into effect. It is inevitable that over the coming months, April’s stamp duty changes will take a little of the heat out of the investor market.

“While there remain significant doubts as to whether the government’s plans to encourage a more robust development and construction pipeline will be sufficient to address the housing crisis, long-term price indications for the housing market remain strong.”

Other surveys have suggested a pick-up in activity by landlords ahead of the stamp duty rises, but there is some disagreement among commentators over what effect this is having on the UK housing market as a whole.

Various surveys record UK house prices on a monthly basis, but they all have slightly different methodology.

The house price index by the Nationwide Building Society is the quickest to be released. It uses an average value for properties after considering components such as location and size. The survey is based on its own mortgage lending which represents about 13% of the market.

A survey by the Halifax, now part of Lloyds Banking Group, is published a few days later. Lloyds is the biggest mortgage lender in the UK with 20% of the market and, like the Nationwide, uses its own home loan data.

Figures from the Land Registry are widely considered to be the most robust but are published much later than the lenders’ data. It calculates the price change for properties that have sold multiple times since 1995. This survey only covers England and Wales.

The official UK statistical authority – the Office for National Statistics – is another well-regarded survey, used for reference by government. It offers a UK-wide regional breakdown. It draws on data from the regulated mortgage survey by the Council of Mortgage Lenders, so excludes cash buyers of property.

Housing market sentiment is reflected in the Royal Institution of Chartered Surveyors (Rics) survey of some of its members.

Various other surveys include a Hometrack review of house prices in UK cities, and a Rightmove survey of asking prices.