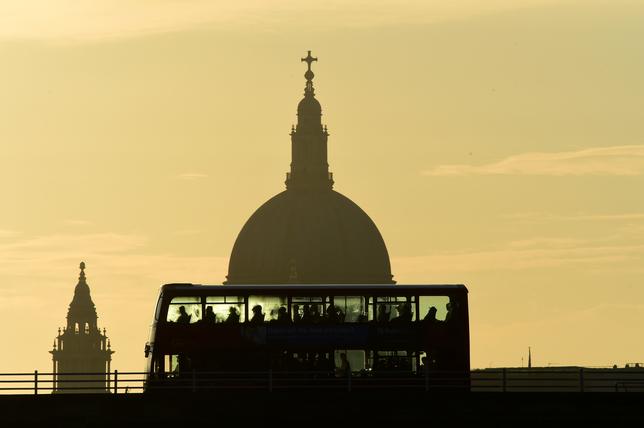 Businesses in Britain’s dominant services sector grew at their fastest pace since January last month and the broader economy maintained momentum, even if firms have some worries about the year ahead, a survey showed on Monday.

The Markit/CIPS services purchasing managers’ index (PMI) – a closely watched gauge of the services sector – rose to 55.2 in November from 54.5 in October, beating all the forecasts in a Reuters poll of economists.

However, businesses reported the second-weakest level of optimism about the future in four years, due to the unexpected result of the U.S. presidential election, the value of sterling and ongoing uncertainty about how Britain will leave the European Union.

Despite a dip in the equivalent survey of manufacturers published last week, overall the November PMIs suggest the economy as a whole will maintain the third quarter’s solid 0.5 percent growth rate through to the end of the year, Markit said.

Most economists and the Bank of England said Britain’s economy would slow sharply after June’s vote to leave the EU. But strong consumer demand and a boost to exporters from the heavy post-referendum fall in sterling have kept growth going.

A separate survey by manufacturing lobby EEF released earlier on Monday showed a boost in new orders and a better-than-expected recovery in output.

Last month the Bank of England revised up its forecasts to pencil in 0.4 percent growth for the last three months of 2016. But it also said annual growth would slow to 1.4 percent next year from 2.2 percent in 2016 as higher inflation squeezes household incomes.

“Elevated price pressures and drop in expectations suggest that a slowdown remains on the cards for next year,” HSBC economist Elizabeth Martins said. “Inflation is likely to outpace wage growth over the coming year or so, bearing down on domestic demand and causing growth to slow.”

Businesses are already starting to feel the pinch of costlier imports due to the fall in sterling, and Markit said business costs had risen by the most in five-and-a-half years during the past two months.

“These higher costs will inevitably feed through to consumers in the form of higher prices,” Williamson said.

The BoE forecasts inflation will surge to 2.7 percent next year from 0.9 percent in the most recent data, and many private-sector economists think it could rise even faster.