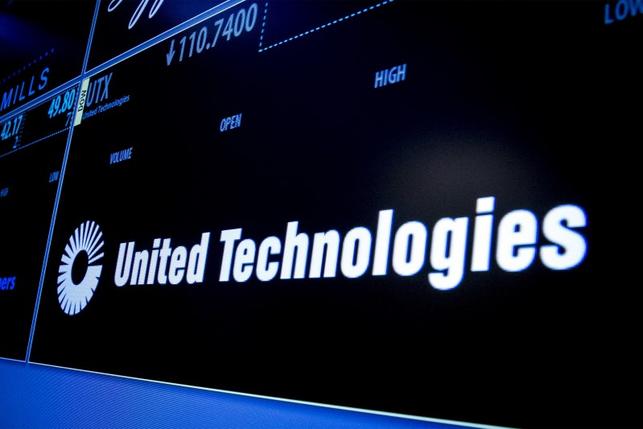 U.S. industrial conglomerate United Technologies on Friday rejected a $90.7 billion offer by rival aerospace supplier Honeywell International Inc, saying that pursuing a merger would be “irresponsible” toward its shareholders.

In an unusual move, the two companies sparred publicly about a deal that, if realized, would create one of the largest U.S. companies with almost $100 billion in annual sales.

Major customers also weighed in, with Boeing saying it would careful scrutinize a deal and underscoring the need for “healthy competition” in its supply chain.

United Technologies Corp (UTX.N) said the two companies had talked about a possible combination for years.

But it said the regulatory environment had changed and a merger now would either be blocked outright, or any synergies would be far outweighed by regulatory delays, required divestitures, and customer concerns and concessions.

“It would be irresponsible for UTC to move forward with the proposed combination,” the company said in a regulatory filing.

United Tech’s filing came hours after Honeywell (HON.N) spelled out the details of its $90.7 billion offer to acquire United Tech, putting pressure on the reluctant aerospace supplier to come to the negotiating table.

Honeywell Chief Executive Officer David Cote, in a presentation he made to United Tech’s top executives last week and then made public on Friday, said a combined company would have double-digit earnings growth after it slashed costs.

United Tech shares, part of the Dow Jones industrial average .DJI, closed 0.4 percent lower at $97.69. That is well below Honeywell’s $108 per share offer, suggesting Wall Street, like United Tech, was skeptical about the combination.

“Game on…. There is clear momentum in this saga, and a ratcheting up of the tensions,” wrote Rob Stallard with RBC Capital Markets. He cited concerns about business overlap, and said there were unresolved questions about achievable synergies, management roles, cultural fit, and merger premiums.

Jeff Bialos, a law partner with Sutherland Asbill & Brennan and a former senior Pentagon official, said he was not convinced that the regulatory environment was as tough as United Tech said. Divestitures were always possible, but United Tech likely did not want to cede control to Honeywell, he said.

Areas of overlap between the companies include small aircraft engines, airplane power units and environmental systems as well as wheels and brakes, CRT Capital analyst Peter Arment said in a note to clients.

Honeywell would likely have to divest many assets and raise its offer before a deal was done, Arment added.

U.S. and European regulatory scrutiny would push the deal’s completion well into 2017, and potentially into 2018, according to sources familiar with the deal.

Honeywell said its offer includes $42.63 in cash and 0.614 of its shares for each United Tech share. The proposal represents a 22 percent premium to United Tech’s closing price on Feb. 19, the last trading day before the talks were made public. (bit.ly/1oMD1tg)

The companies said earlier this week they had held merger talks but did not offer details. United Tech had said a deal would “face insurmountable regulatory obstacles.”

“It just cannot happen,” United Tech CEO Greg Hayes said on CNBC television this week. “There’s just no way to get it done.”

A merger could either be blocked outright or made conditional on significant divestitures after a lengthy and disruptive review that would destroy shareholder value, United Tech has said.

Honeywell, however, said potential regulatory issues would be “easily resolved.”

In its presentation, Honeywell said a deal with United Tech would save $3.5 billion each year by cutting spending on raw materials, consolidating real estate and in other ways. Under the offer, Cote would lead the combined company.

United Tech said the merged firm’s revenues could fall by $5 billion to $10 billion since the change in “control” would force it to reopen contracts with major aircraft makers, said a source close the matter. That would allow those customers to negotiate lower prices, or even find new suppliers, the source said.

A merger would create a behemoth responsible for much of the equipment on commercial airliners and many military aircraft, raising concerns for companies like Airbus (AIR.PA) and Boeing Co (BA.N), as well as the Pentagon.

The combined company would generate about 28 percent of sales from commercial aerospace customers, and 13 percent from the defense and space sector, according to Honeywell’s presentation.