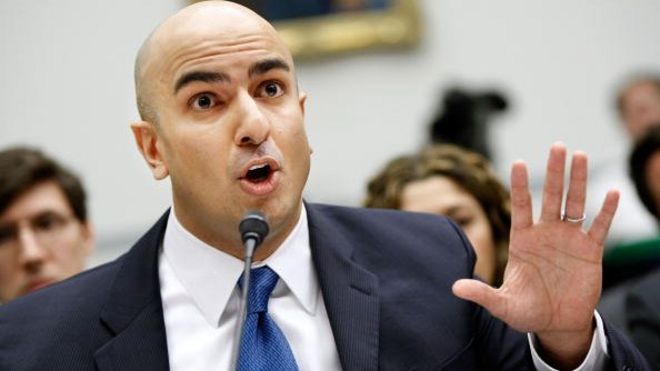 The newest US Federal Reserve member has called for banks to be broken up, and says post-financial crisis safety measures do not go far enough.

The former Goldman Sachs executive urged Congress to go further than the Dodd-Frank Act of 2010.

He said in a speech: “I am far more sceptical that these tools will be useful,” and cautioned that “we won’t see the next crisis coming”.

Mr Kashkari, a key figure at the US Treasury under Secretary Henry Paulson during the financial crisis, said: “Now is the right time for Congress to consider going further than Dodd-Frank with bold, transformational solutions to solve this problem once and for all.”

In his first speech as president of the Minneapolis Fed, since being appointed in January, Mr Kashkari, said: “The financial sector has lobbied hard to preserve its current structure and thrown up endless objections to fundamental change.

“And in the immediate aftermath of the crisis, when the Dodd-Frank Act was passed, the economic outlook was perhaps too uncertain to take truly bold action.

“But the economy is stronger now, and the time has come to move past parochial interests and solve this problem. The risks of not doing so are just too great.”