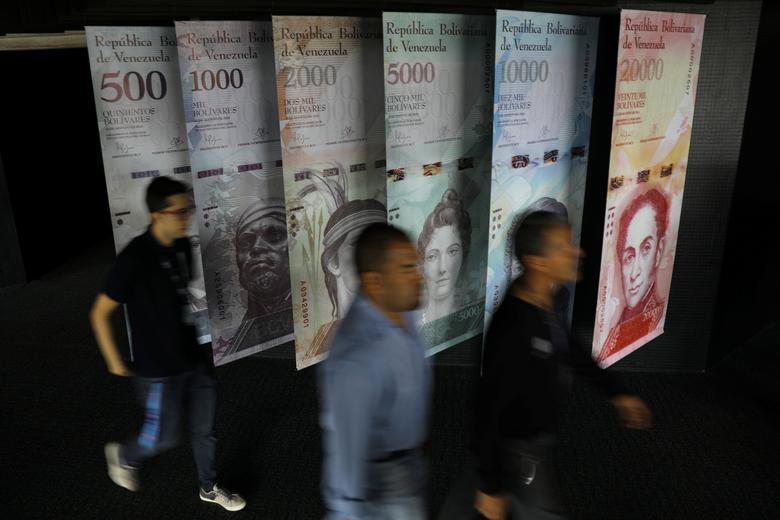 Venezuela set a range on Wednesday for the first offer in its new DICOM foreign exchange mechanism, effectively devaluing the previous SIMADI exchange rate by at least 60 percent as the currency continues its slide.

The central bank said it would accept bids for dollars between 1,800 bolivars and 2,200 bolivars during two weekly auctions. These bounds are only designated for the first “offer.”

DICOM is designed as another addition to the OPEC country’s complex currency controls, the fifth such plan in four years by a socialist government that has repeatedly balked at revamping its state-led economic system.

Complex currency controls, enacted first in 2003 in order to prevent capital flight, are thought by many to be behind Venezuela’s economic crisis, which has left millions suffering food and medicine shortages.

Most Venezuela say they cannot get access to official exchange rates anyway and so must go to the black market, on which the bolivar currency has collapsed more than 99 percent against the dollar since President Nicolas Maduro won the presidency in 2013.

A thousand dollars saved then in local currency would be worth less than $5 now.

On the black market, a dollar fetches nearly 6,000 bolivars – a far cry from the SIMADI rate which on Tuesday was at 728 bolivars per dollar.

Venezuela’s strongest rate, known as DIPRO, is at 10 bolivars per dollar and reserved, says the government, for essentials such as food and medicine.

“The new DICOM is an efficient, rational and transparent mechanism,” said economy vice president Ramon Lobo on Tuesday, showing presentations with complex flow charts explaining how it would work.

The first auction will take place on Thursday with results released on Tuesday, said the central bank. Venezuelan citizens may buy up to $500 every quarter and companies up to $400,000 a month. (goo.gl/in0Gzh)

Government critics have long lambasted the Byzantine process by which Venezuelans are forced to obtain hard currency, blaming it for the crisis.

The ruling Socialist Party’s efforts at creating similar auction systems over the last four years have floundered because they set artificially low exchange rates that left buyers seeking more dollars than the central bank had available to sell.

Various exchange mechanisms have failed to satiate demand for dollars over the last decade, and the various acronyms for the exchange rates – SITME, SIMADI, SICAD, SICAD II, DIPRO, DICOM – have come in for much criticism