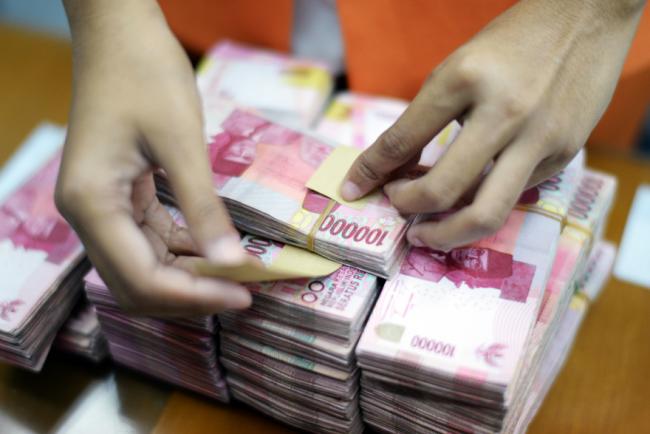 Asian currencies may be on the verge of a correction after completing the best year in at least two decades. The warning sign? Indonesia’s rupiah slumped to a two-year low last week.

The rupiah is seen as a bellwether of sorts for Asia given the high foreign ownership of Indonesia’s bonds and its largely open economy. The currency is typically among the first in the region to be sold when sentiment sours, and this often heralds a broader decline among its peers.

The rupiah has tumbled 1.5 per cent in the past month, the worst performer in Asia and third-worst among 24 emerging-market currencies worldwide. It fell as overseas investors sold the nation’s stocks and bonds and equity volatility jumped due to expectations of higher US interest rates.

“Indonesia’s rupiah is arguably the high-beta version of Asian ex-Japan risks,” said VishnuBSE 0.99 % Varathan, head of economics and strategy at Mizuho Bank Ltd. in Singapore. “The declines are certainly not peculiar to IDR. Nor are they conclusively behind us. The upshot is that with uncertainty around global trade risks, global liquidity is set to start declining, albeit gently, later this year. AXJ air-pockets are anticipated.”

The Bloomberg JPMorgan Asia Dollar Index, which measures 10 of the region’s currencies against the greenback, climbed 6.7 per cent last year, the biggest annual advance in data that started in 1994. If the rupiah proves to be the canary in the coal mine, the gauge may give back a lot of those gains this year.

Dollar Revival
Regional currencies may suffer due to a resurgent dollar. The greenback has rallied since new Federal Reserve Chairman Jerome Powell delivered upbeat testimony to lawmakers last week. His acknowledgment of stronger US economic growth fueled speculation the central bank may raise interest rates as many as four times this year.

Global funds pulled $1.02 billion from Indonesian bonds last week, the biggest five-day outflow since November 2016, according to central bank data. They sold $186 million of the nation’s equities in the same period.

There are signs other Asian currencies are also starting to weaken, with the Philippine peso dropping to the weakest since July 2006 last month.

Declines in the rupiah have often foreshadowed losses among Asian peers. In January 2016, the Asia Dollar Index slumped to a seven-year low, months after the rupiah sank to the weakest since 1998.