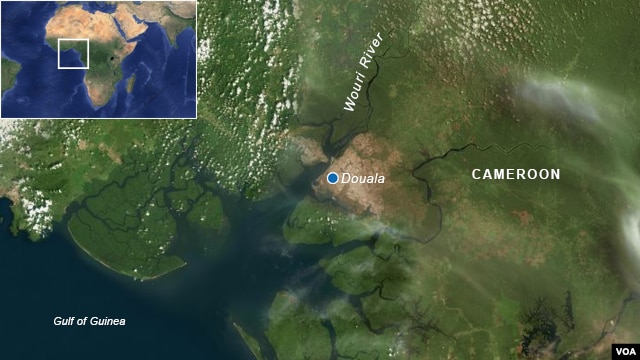 Cameroon’s economy is on its knees as the central African nation suffers its worst power outages since independence.

Huge consignments of goods — some destined for landlocked countries like Central African Republic, Chad and Sudan — have been stockpiled at the Douala seaport for more than six weeks.

Cameroon lawmakers are asking for investigations even though the main energy supplier said poor rainfall is to blame.

Cameroonian lawmaker Walang Richard said his country is hurting – and that he is pressing for a parliamentary commission of inquiry into the unreliable power supply.

“If you look at the country today, everybody is crying. We have a giant water project that we are putting on. But immediately the light goes off, there is no water. These are things that are really creating problems,” Richard said.

“Take for instance, children who are struggling to write exams and they are reading. Suddenly the light goes off. How do you get a candle by 1, 2, 3 o’clock a.m.?” he asked.

30 percent on the grid

Due to underdevelopment, only 30 percent of the population is connected to the electricity grid.

More than 70 percent of Cameroon’s current energy supply comes from traditional biomass fuels and the potential of huge gas reserves remain to be explored.

Cameroon has an estimated 12,000 megawatts of hydroelectric potential, but only a fraction of it has been developed.

“We have a problem of the poor hydrology. No rains. Many people turn to say, ‘Oh, there is rain in Douala,’ and so on. But the rains in Douala go directly into the sea and do not pass through the (turbines),” Ghogomo said.

But lawmaker Njong Evaristus placed the blame squarely on ENEO management for failing to deliver.

In the meantime, businesses in the nation’s economic hub said they are suffering as a consequence.

Prince Galega is one of countless Douala businessmen who have been waiting for weeks at the busy port for his container to clear. Because of the outages, he can’t pay and claim his container.

“When you have to pay some of the charges, sometimes you go and they will say there is no power and you have to stop and probably wait for one day or two days, waiting for the current (electricity),” Galega said.

Containers pile up in port

Customs broker Muchi Awah said about 2,500 containers – some destined for countries that depend solely on the Douala seaport – have piled up in the past six weeks.

“Just because of power failure, a container pays just for one day 25,000 Francs. And so if you exceed, just say go about 45 days you count how much you are going to pay, you will not want to think of what you experience at home. … It has a heavy toll on the economy of the country,” Awah said.

Emmanuel Vermo, who repairs imported second-hand cars, said he has also been out of business.

“It is a regrettable situation, I tell you, we are grounded with our machines and we don’t know when the lights will be available and when it will not be,” Vermo said.

“This completely kills forecast to be sure of how many days we can go through a business transaction,” he added.