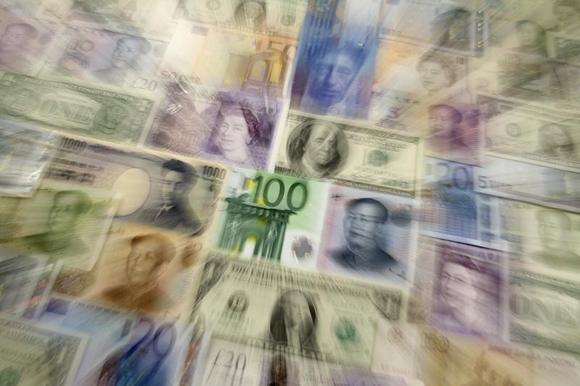 (Reuters) – The dollar held firm on Friday after upbeat U.S. jobless claims data made views swing back in favor of an earlier rate hike by the Federal Reserve, while the euro stayed under pressure ahead of a crunch meeting on Greece’s bailout program.

The dollar index stood at 94.367, having gained 0.2 percent on Thursday as traders put their focus back on the relative strength of the U.S. economy.

Initial claims for state unemployment benefits fell 21,000, about twice as much as expected, to a seasonally adjusted 283,000, offering fresh evidence the U.S. labor market was gathering steam.

The data helped reverse expectations of a possible delay in Fed rate hikes that arose when minutes of its last policy meeting, published on Wednesday, showed policymakers were concerned about increasing rates too soon.

“Although the dollar slipped on dovish Fed minutes, the market is coming to think that the minutes are a bit stale because they don’t reflect the strong (January) payrolls data,” said Osao Iizuka, chief currency dealer at Sumitomo Mitsui Trust Bank.

U.S. debt yields also rose on Thursday, helping to lift the dollar, particularly against the yen, which traditionally has a strong inverse correlation with U.S. yields.

With Greece’s EU/IMF bailout program due to expire on Feb. 28, Greek Prime Minister Alexis Tsipras, who won power promising to ditch the bailout, urgently needs to secure a financial lifeline to keep the country afloat beyond late March.

So far, guarded optimism is prevailing in the market, chiefly on the grounds that failure to strike a deal would be too costly for both as it could risk a Greek debt default and exit from the euro.

On Thursday, Germany rejected a Greek proposal for a six-month extension to its euro zone loan agreement, ahead of the euro zone finance ministers’ meeting on Friday.

But in a document seen by Reuters, Greece appeared to have moved substantially toward the position taken by euro zone finance ministers in negotiations on Monday that ended without a deal, as Athens vowed to ditch the 240 billion euro bailout program.

Yields on Greek and other lower-rated euro zone bonds slid on Thursday on hopes of an agreement.

“The market appears to be relieved for now after Greece asked for a loan extension. But Greece is not promising fiscal austerity and Germany has shown scepticism,” said Masafumi Yamamoto, market strategist at Praevidentia Strategy in Tokyo.

“The market is used to seeing this by now, but if a deal isn’t reached today, the euro could face selling pressure and dollar/yen could also see the same as risk appetite will be hurt,” he said.