Skip to content
INCOME
December 21, 2014 admin 0 Comments And, been, biz, caution, Chinese, dcresource, doing, European, funds, have, Invest, late., not, of, well, with 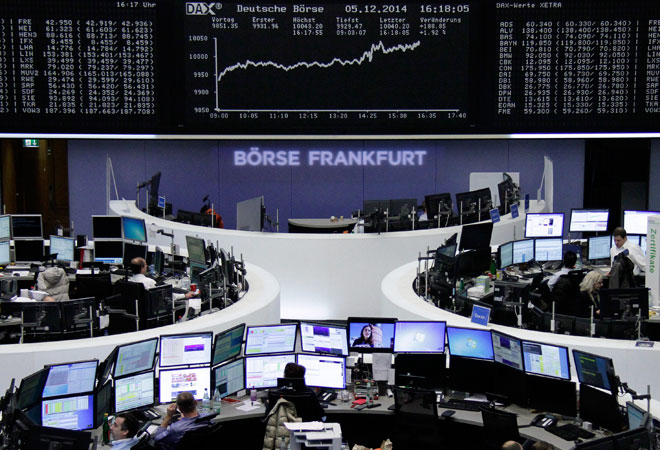 Early this year, when some funds launched schemes for investing in European companies, they hoped the region’s shares would do well. But things have not turned out as expected. The European economy slowed for the fourth straight month in September (it grew 0.1% compared to 0.3% in the previous two quarters).

“The core economies of the euro zone such as Germany, France, Italy and Greece, which were recovering late last year, have slowed,” says Feroze Azeez, director and head, Investment Products, Anand Rathi Private Wealth. Greece, in recession for the last six years, barring the last one, is facing turmoil on political as well as economic fronts. Germany, the zone’s largest economy, is also slowing. Its economy shrank 0.20% in the second quarter.

Because of these factors, in the sell-off earlier this month, EU markets were the worst hit (down 10-12%). “Further, India’s current account deficit has improved significantly, strengthening the rupee and, in turn, lowering returns from international funds in rupee terms,” says Manish Gunwani, senior fund manager, ICICI Prudential AMC. In the last one year, the rupee has risen 8% against the euro. But one must remember that three months is too short a period to judge a fund’s performance. Investors must consider returns over three-five years. For instance, Franklin India Feeder-Franklin European Growth Fund has been around since December 2000 and has seen investors through many market cycles. It has been outperforming its benchmark by at least 200 basis points a year for the past five years.

The year 2013 was not as gloomy. To start with, fears over tapering of quantitative easing, or QE, by the US Fed triggered a sell-off in emerging markets and, hence, flight of funds to developed markets. “In 2013, the euro zone appeared to be on the path of revival with peripheral regions such as Greece and Portugal recovering their cost competitiveness and leading economies like Germany reporting good export growth,” says Gunwani.

According to a Franklin Templeton report, while Europe went into a recession after the 2008 financial crisis, steps taken by the European Central Bank, or ECB, and individual governments helped. Earnings growth rebounded to 7% in 2013 compared to 1.8% in 2012 and -2% in 2010 and 2011. Europe’s stock markets returned 22% in 2013 while the US ones returned 30%.

However, in 2014, in spite of the ECB turning dovish, growth petered out to almost zero. This combined with high valuations to put pressure on European markets.

Also, in 2014, global markets absorbed the impact of QE tapering. Then, the Fed’s stance that it will keep interest rates low for a considerable time led to re-initiation of risk-on trades. This, along with improved macroeconomic indicators, made investors confident about emerging markets.

“While US markets have continued to rally due to strong economy and sustained growth, the EU region is struggling with geo-political concerns and low inflation,” says Kehair of ICICI Securities.

Performance of European markets will depend upon economic recovery and growth in corporate earnings, rather than re-rating, as was the case last year. Vetri Subramaniam, chief investment officer, Religare Invesco Mutual Fund, is positive on the region. On the macroeconomic front, data are varied, indicating that the recovery may have slowed but is still on track. “Countries in the periphery continued their noteworthy improvement, with strong manufacturing growth in Spain and Italy, and better unemployment trends. The ECB measures have been welcomed by investors and are supportive of growth,” he says.

Gunwani differs. He says Europe’s long-term growth is unlikely to be high as it faces serious challenges related to ageing population and sovereign debt. “Having said that, the euro has fallen almost 10% against the dollar, which may help arrest the fall in growth,” he says. Returns have been falling across global equity funds. When compared to the Indian markets, in the last one year (27 October 2013 to 27 October 2014), equity international funds have been the worst performing among equity funds, retuning -2.2%. The BSE Sensex rose 29% during the period. Funds focusing on China have also been flat for the last one year. After registering close to double-digit growth for more than three-and-a-half decades, China’s economy, too, seems to be slowing. Its GDP expanded 1.9% QoQ in the third quarter of 2014 after a rise of 2% in the second quarter. On a year-on-year basis, the economy expanded 7.3% in the third quarter of 2014, down from 7.5% in the previous period and 12% in 2010.

Investors must not shy away from global funds as all markets go through cycles. One can definitely invest in offshore funds for diversification and gain from currency depreciation. Kehair prefers US funds over the EU ones right now due to the former’s better near-term fundamentals. Gunwani is also of the opinion that the US is a good hedge for India.

Azeez concurs with this view and says that considering that growth is picking up in the US he would not recommend investors to invest in international markets at this point of time since Indian markets are attractively valued and the return potential is high.

First-time investors should consider diversified international funds that are agnostic to geography and follow a bottom-up approach to equity investing. However, the investment call is more a part of asset allocation/portfolio diversification strategy. So, exposure of up to about 10% of the equity portfolio can be taken in markets that have a low correlation with the fortunes of emerging markets like India.