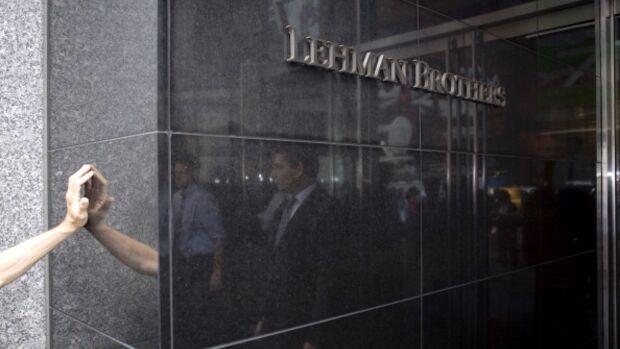 If the financial crisis and the Great Recession changed one thing in the minds of macroeconomic policy makers, it was to make them care about finance. It seems almost unimaginable, seven years later, to think that anyone could have ignored the connection between the financial system and the rest of the economy. It’s an almost dreamlike experience to look at the macroeconomic models made before 2009 — many of which are still in use today — and search in vain for any reference to leverage, asset prices or the financial industry.

Today’s macroeconomic policy mavens are determined not to repeat the mistakes of the past. At the International Monetary Fund’s April conference on “Rethinking Macro Policy,” much of the focus was on the interaction between government policy and finance. IMF Chief Economist Olivier Blanchard summarizes the conference here andhere.

The biggest basic question is what the government can do to limit financial risk. There are three basic approaches.

The first is to have the central bank raise interest rates when asset prices go up. Lots of people believe that this is the right thing to do. When you hear assertions that the 2008 crisis happened because interest rates were too low for too long, or when people refer to rising asset prices as asset inflation, you’re hearing echoes of this theory. Stanford economist John Taylor’s assertions that his Taylor Rulewould lead to greater financial stability are also rooted in this idea.

But there are some big problems with raising interest rates to hold down asset prices. First, it isn’t clear when prices are too high or too low — valuation metrics such as Robert Shiller’s cyclically adjusted price-to-earnings (CAPE) ratio give only a weak signal of overvaluation and undervaluation. Second, interest rates don’t just affect asset prices; they also affects the prices of goods and services (true inflation), as well as the real economy. If you start moving interest rates around to fight bubbles or lift the market out of slumps, you’re going to impose heavy costs on the economy, because you’re going to cause both the real economy and the inflation rate to fluctuate. Stockholm University economist Lars Svensson, speaking at the IMF conference, convinced Blanchard that the cost-benefit of using interest rates to stabilize asset markets is just too high.

The next big idea is financial regulation. Ideally, we could stop financial companies from endangering themselves with smart regulation. The problem is that not only does regulation unavoidably impose some costs on the economy, it’s an open question whether even the smartest regulators can keep up with nimble, creative financial engineers. In fact, as some speakers at the conference pointed out, risk has already shifted even more to the so-called shadow banking system. Regulation of these financial companies, which often operate like banks, is a big headache. Viral Acharya, a finance professor at New York University, argued at the IMF conference that policy makers have made a lot of progress in quantifying systemic risk (which was at the heart of the 2008 collapse), but Anat Admati, of Stanford’s Graduate School of Business, argued that much more needs to be done.

In between monetary policy and financial regulation is a hybrid tool, called macroprudential policy. This generally refers to financial regulation that dynamically adjusts, getting more stringent in boom times and more lax in busts. But this approach combines many of the difficulties of the other two. Not only is it not clear when to adjust the regulation, but the same costs and risks of regulation will generally apply. In fact — and I don’t see any reference to this in the conference summaries — it seems like the policy uncertainty associated with macroprudential regulation could swamp any of its benefits. It’s very hard to plan to expand your business when the central bank could decide at any time to implement a regulation that would make that expansion unprofitable.

So basically, the IMF conference confirms that top macro policy thinkers are not certain about how to approach the thorny problem of the financial system. But the other takeaway from the conference is that these doubts are not limited to financial policy. Macro thinkers are very confused about what monetary policy should be doing to fight recessions and inflation, as well.

The standard theory is that the Federal Reserve should raise interest rates in booms and cut them in busts, as long as the booms are accompanied by inflation and the busts are accompanied by deflation. But two big things have happened since the crisis that render this classic approach problematic. First, nominal interest rates are stuck near zero, beyond which they can’t go unless we convert to acashless economy. That forces the Fed to resort to unconventional or “balance sheet” monetary policy, such as quantitative easing, whose effects are far less well understood. Second, many people, such as Harvard economist Larry Summers, believe that the economy has entered a new phase of long-term stagnation, which would make the classic ideas of booms and busts mostly obsolete. If the economy doesn’t bounce back, you can’t plan monetary policy to bounce back either.

So the IMF conference demonstrates that even at the very top of the economics profession, there is massive confusion and uncertainty. The macroeconomics world is in a great state of flux, with all of the old verities having been called into question, and new bedrock principles as yet undiscovered.