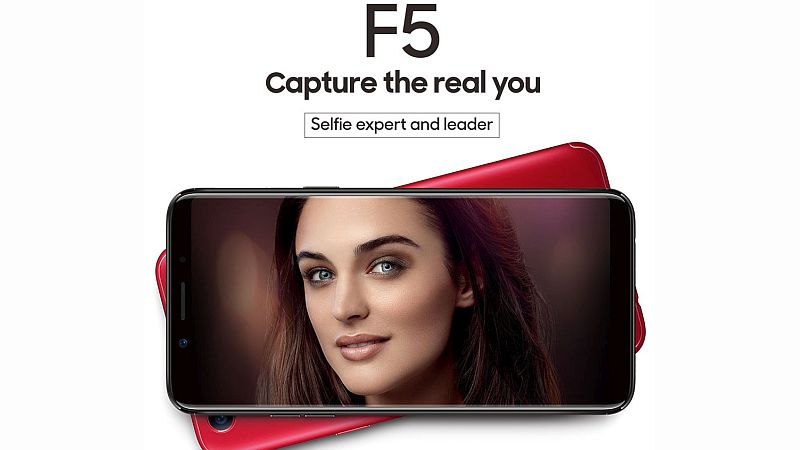 Oppo is gearing to launch its first full-screen device, the Oppo F5, on November 2 in India. The Chinese company is busy creating hype around the handset and has now teased the first official image of the Oppo F5 showing full-screen design at the front. The image matches previously leaked renders, lending them further credence.

The company also says that the Oppo 5 will sport a ‘full-screen design’ with a full-HD+ resolution, which means the Oppo F5 will feature a display with an 18:9 aspect ratio – something most flagships in 2017 have offered.

As expected, the upcoming Oppo F5 will be promoted as the new selfie expert smartphone from the company. The official image confirms that the F5 will sport thin bezels and will have no buttons at the front. The media invite shared earlier this month showed a tagline that said, “Capture the real you” implying that the front camera will come with an improved sensor. Rumours suggest that the Oppo F5 will sport full-HD+ screen resolution of 1080×2160 pixels.

The new teaser from Oppo also reveals that the F5 will come in Red, Black, and White colours. We can expect the Oppo F5 to be made available in the first week of November in India considering that the launch is happening on November 2.