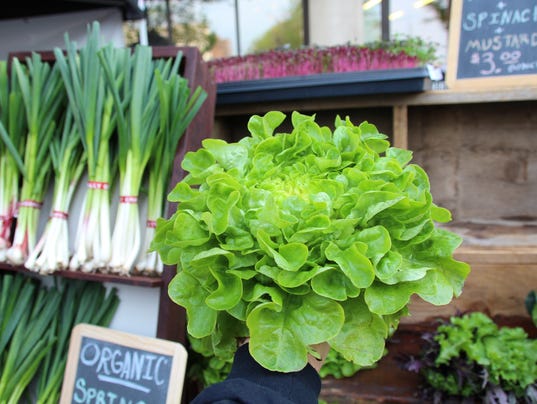 Organic food producers are asking the Agriculture Department to sign off on a “check-off” program that would allow the maturing industry to spend more to educate the public and conduct research.

The check off, which would be similar to the “Got Milk?” and “Beef. It’s what’s for dinner” campaigns already in place, could raise more than $30 million annually to promote organics, invest in research and boost availability of organic products to meet public demand, the industry said. It would require certified organic farmers who generate sales of more than $250,000 a year to pay the check-off fee, while producers below that threshold could contribute voluntarily.

“The organic industry in America is thriving and maturing, but it is at a critical juncture,” said Laura Batcha, CEO and executive director of Organic Trade Association. “Many consumers remain unaware of what that organic seal really means. Organic production in this country is not keeping pace with the robust demand. ”

Consumption of organic food has risen by double digits annually as the public demands more fruits and vegetables from Whole Foods, Wal-Mart, mom-and-pop retailers and farmers’ markets. Organic food and non-food sales reached $39.1 billion last year – a record, but a fraction of the $630 billion in total supermarket sales in 2014 reported by Progressive Grocer Magazine.

Organic foods must be grown and processed without the use of pesticides and fertilizers, antibiotics, synthetic growth hormones, artificial flavors, colors, preservatives, among other stringent requirements that must be followed.

Despite the growth, the industry has struggled to source enough product to meet the demand, such as milk and eggs where there is not enough organic corn and soybeans to feed the cattle and poultry. Batcha said some consumers must go to two or three stores just to find organic milk.

Organic producers also must deal with consumer confusion about what organic means. Some shoppers, for example, confuse products with “natural ingredients” with organic.

“As an industry we haven’t done a great job explaining to shoppers what it means to be organic and the benefits of organic,” said Nicole Dawes, founder and CEO of Late July Organic Snacks in Boston. “As a result, consumers are still confused by the difference between certified organic, ‘all natural’ and non-GMO products.”

The Agriculture Department said in its Census of Agriculture report released last year that 512 farms in Iowa were certified organic in 2012, out of 88,637 farms throughout the state. Those organic farmers oversaw 122,479 acres out of more than 30.6 million acres, leaving significant opportunities for growth in the state.

Once the USDA completes its review of the application, an official proposal for an organic research and promotion check-off program will be published in the Federal Register, the government’s daily diary, where the public can comment. Organic stakeholders will then vote, with a majority needed for approval. The process is expected to take a year or more.