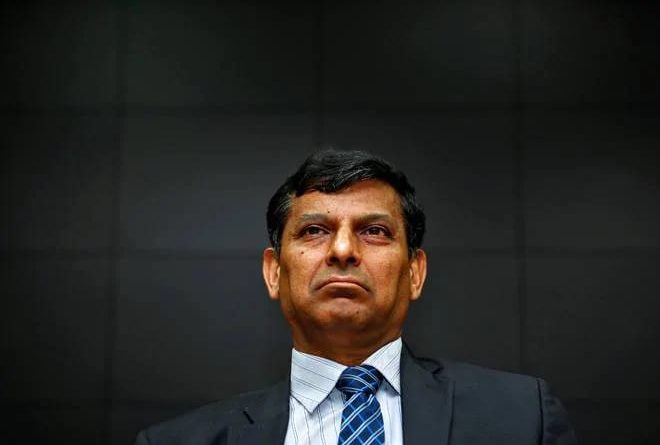 Former RBI Governor Raghuram Rajan has said the economic slowdown in India is “very worrisome” and has called for a fresh look at the way GDP is being calculated.

“There are a variety of growth projections from the private sector analysts, many of which are perhaps significantly below government projections and I think certainly the slowdown in the economy is something that is very worrisome,” Rajan told CNBC TV18. The Monetary Policy Committee recently lowered its growth forecast for FY20 to 6.9 per cent from 7 per cent in the June policy.

In other words, the actual growth rate is likely to have been a very tepid 3.5-5.5 per cent against a reported average growth of 6.9 per cent between 2011 and 2016. “We need a fresh look from an independent group of experts at the way we compute GDP and make sure that we are not in a sense having GDP numbers that mislead and cause the wrong kinds of policy actions,” Rajan said.

This is not the first time Rajan has expressed doubts about India’s economic data after the government restructured the GDP methodology. He told India Today TV in March that India’s tinkering with lead economic indicators and suppression of discomforting economic data is prompting global economists to plan an independent index for the country. “Some people are developing a Li Kequiang Index for India because they are no longer paying attention to the GDP numbers,” he explained.

The Li Keqiang Index was created by The Economist and named after a former head of China’s Liaoning province who allegedly said he did not trust government statistics and maintained his own index of broad industrial indicators that couldn’t be easily fudged such as electricity consumption and railway volume.

In addition, Rajan believes that “a fresh set of reforms” are now needed to boost the economy and energise the private sector to invest. He added it was imperative to fix immediate problems such as those ailing the power sector and the non-bank financial sector post-haste and “not in the next six months” in order to propel India by the 2-3 per cent faster growth that it needs.

At a recent meeting with Finance Minister Nirmala Sitharaman, India Inc asked the government for a ‘quick fix’ stimulus package to kick-start the investment cycle. However, Rajan opines that sops and stimulus of any kind “are not going to be that useful in the longer-term, especially given the very tight fiscal situation” and warned that one-off programmes will not amount to a comprehensive reform agenda for the economy. “This is what we need today and I really hope we put our best minds to think about this because absent that my sense is that we are in for not so good times,” he added.