ECONOMY
March 6, 2019 Loknath Das admit, And, are, Economists, economy, even, gangbusters, going, is, it, liberal, starting, the, to, Trump 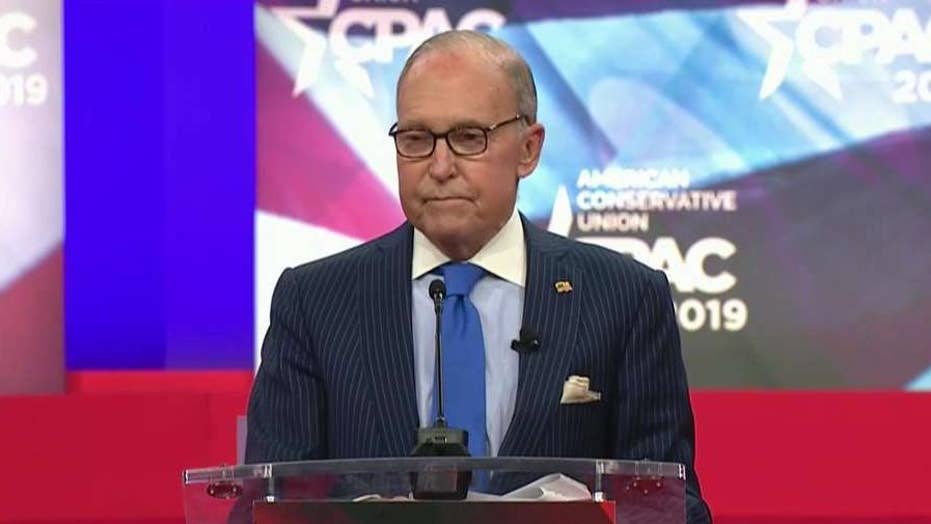 This is a growth rate unmatched since 2005, according to the Commerce Department’s Bureau of Economic Analysis’ economic activity report.

While in 2017 the U.S. economy only grew at 2.3 percent, 2018 marks a full year since the Tax Cuts and Jobs Act was passed, which was meant to incentivize capital investments and wage increases. Indeed, 2018 saw a major uptick in capital expenditures, and year-over-year real average hourly earnings rise to 2.1 percent (through January 2019) – one of the highest wage growth rates in decades.

The near 3 percent growth rate of 2018 flies in the face of the “secular stagnation” hypothesis (promulgated by economists like Larry Summers), which said that returning to 3 percent growth was unrealistic or impossible in the post-Great Recession era of low-interest rates and low aggregate demand. According to this theory, the U.S. economy would be paralyzed from growing beyond 1-2 percent.

However, this idea has undergone rethinking by liberal Nobel Prize-winning economists like Joseph Stiglitz, who denounced secular stagnation as an excuse for slow economic growth during the Obama years and a way to lower expectations after the administration failed to negotiate a stimulus package larger than $1 trillion in response to the Great Recession of 2008.

Such a natural experiment suggests that the recent uptick in real average hourly earnings (up 2.1 percent year over year) and average weekly earnings (up 2.4 percent) could very much be a result of the Tax Cuts and Jobs Act which lowered the corporate tax rate from 35 percent to 21 percent.

The booming 2018 GDP figure also follows a significant deregulatory agenda pursued by the administration over the past two years. The Trump administration has cut approximately 20 federal rules for every new one introduced, and new federal rules have fallen to record lows in modern history, according to the George Washington University Regulatory Studies Center.

Some have argued that President Trump has been riding on the coattails of the Obama economy. But with materially better macroeconomic figures like near 3 percent GDP growth and 2-plus percent wage growth (the latter never seen in the Obama years), even some liberal economists are capitulating.

One notable one, Alan Blinder, recently wrote in the Wall Street Journal, “The tax cuts seem to have boosted growth without exciting inflation,” and that his previous worry that “tax cuts might overheat an already-hot economy” increasingly “appears to have been wrong, at least so far”.

With these bright figures manifesting themselves in the wake of tax reform, a new pro-growth narrative is clearly forming and the Trump administration deserves some level of credit.