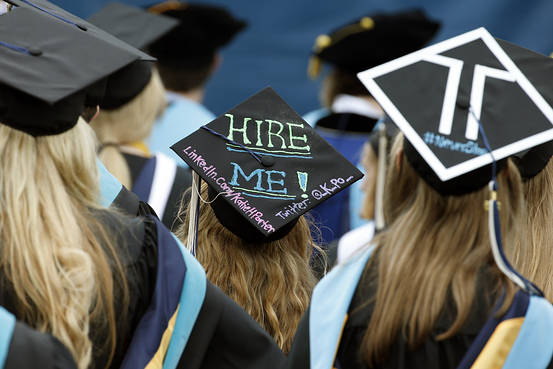 In other words, forget much of what you’ve heard about the career prospects for millennials, the generation roughly born in the 1980s and 1990s. The first batch of millennials had it rough. But things may be quite a bit different for postrecession millennials now entering the workforce.

When labor market economists talk about career prospects, they often focus on two key periods. First, how a person does when they first enter the labor market after college, and second, the first decade of a career. That’s the period when a majority of lifetime earnings growth occurs. For the class of 2015, we won’t really know how graduates’ first decade went until 2025, but there’s reason to believe the stars are aligning.

Most millennials so far have had it rough on both scores. The oldest millennials, who started graduating in the early or mid-2000s, were able to enter the labor market under relatively good conditions. But when recession hit in late 2007, the job market was yanked out from under them during the critical first decade in which careers are built. After 2007, graduates faced a double-whammy. Unemployment was high when they entered the labor market, and remained high for years.

But today’s cohort of 22- and 23-year-olds with bachelor’s degrees entered college after the recession was officially over. The question for this class is what happens next.

There’s always the risk that today’s strength could prove fleeting. A new report today showed the economy shrank outright in the first quarter. Most economists think the economy will shake off this soft patch, as it’s done repeatedly in the past five years, and continue to slowly improve.

Most economic forecasters have remained fairly optimistic about the coming years. TheFederal Reserve and Congressional Budget Office, for example, expect the unemployment rate to continue to fall in the years ahead. In its most recent round of forecasts, the Fed thinks the jobless rate will settle in at between 5 percent and 5.2 percent. The CBO is somewhat less optimistic, projecting unemployment will fall a little further from where it is today, but that from 2018 to 2025 it will, on average, be a little bit higher than the Fed’s estimate, at about 5.4%.

If the CBO or Fed are close to correct, the first 10 years for today’s graduating millennials would be the best for the entire generation so far. Aren’t the Fed and the CBO always wrong about the economy, you might ask? Fair. They haven’t done a good job predicting turning points, and they majorly missed the severity and length of damage from the 2007-09 recession.

But even if the CBO and Fed miss another recession, and average unemployment over the next 10 years ends up being above 6%, the class of 2015 will still have it easier than millennials so far. The last 10 years, especially the 2007 to 2009 period, were very bad for the economy–it would take a lot for the progress of recent years to reverse and for the next decade to be even worse.

It’s not impossible. One can always imagine incredibly dire scenarios. Maybe robots will supplant humans in the labor market. Maybe the economy is on the cusp of a major economic or political crisis that will dwarf the one in 2007 to 2009. Maybe the economy is just a house of cards or aliens will invade or whatever. But unless something like that comes to pass, today’s college graduates are likely to have a decent first year in the workforce, and a decent runway to build that career over the next decade.