Skip to content
COMPANIES
June 11, 2015 Joy Mitra 0 Comments company announced yet another quarter in which financial results fell far below expectations., company's mediocre growth rate., take advantage of the massive number of users who have signed up 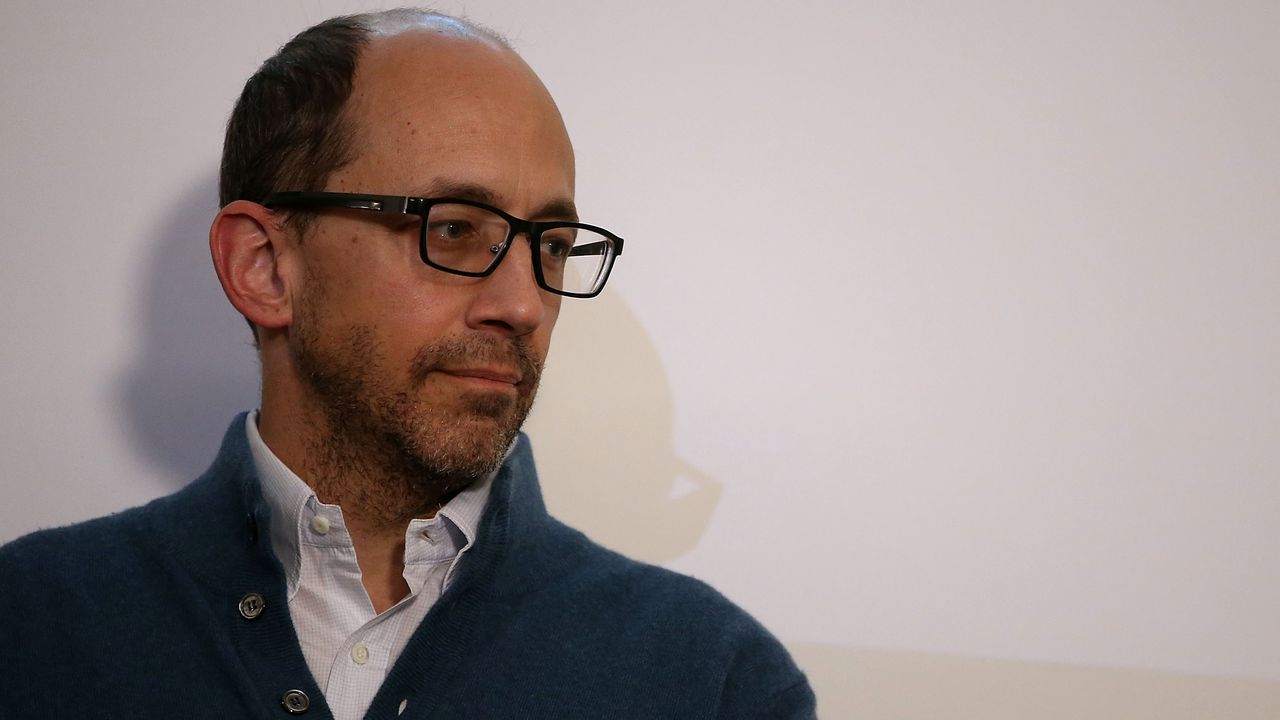 Judging from the number of celebrities, journalists, and technology elites who are heavy users of Twitter, you might think the service is a big success. But Wall Street doesn’t agree.

True, the company has more than 300 million users and generated $1.4 billion in revenue last year. But it also lost $578 million last year, and user growth has been slowing down. Twitter’s stock tumbled by almost 25 percent in April after the company announced yet another quarter in which financial results fell far below expectations.

The dismal performance prompted one of the company’s biggest investors, venture capitalist Chris Sacca, to pen a widely read memo discussing Twitter’s problems and suggesting some solutions. “Twitter has failed to meet its own stated user growth expectations and has not been able to take advantage of the massive number of users who have signed up for accounts and then not come back,” Sacca wrote.

Twitter’s basic problem is that it doesn’t enjoy the same mass-market appeal of Facebook, which has more than four times as many users. The company is under pressure to boost growth and improve its financial performance. But so far, Twitter’s leadership hasn’t been able to figure out how to close the gap between Wall Street’s sky-high expectations and the company’s mediocre growth rate.

Many of Twitter’s strengths — and also its weaknesses — come from the fact that tweets in a user’s timeline are displayed in strictly chronological order. Any time you log in to Twitter, you see the most recent tweets from people you follow.

This focus on recency makes Twitter indispensable for certain kinds of users. If you’re a journalist following a breaking news story, for example, Twitter is by far the best source of information. And for people who sit in front of a computer all day, Twitter is a great way to always stay on top of the latest conversations.

But presenting tweets in a strict reverse chronological order can make the service less useful to casual users. People whose jobs don’t involve sitting in front of a computer might only check in once or twice a day. They care more about seeing the most important information than the most recent. Facebook’s newsfeed is designed for these users. It uses a proprietary algorithm to predict which posts users are most likely to care about, ensuring that you see your friends’ wedding and pregnancy announcements.

Twitter doesn’t do this — if you don’t happen to be logged in when your friend makes a big announcement, you just don’t see it.

Because Twitter doesn’t make any effort to prioritize tweets, users have to do more work to make it useful. Power users carefully curate the list of people they follow to optimize their Twitter experience. A lot of casual users don’t have time for this, and as a result Twitter feels chaotic and overwhelming to them.

These different schemes for ordering posts have led the two sites to be used in different ways. Facebook has become the most popular way for ordinary users to share personal content with friends and family. Twitter, by contrast, is used in more impersonal ways. People use Twitter to see tweets from their favorite celebrities, journalists, and other public figures, to stay up to date on the news, and to share snarky insights into the news of the day.

By most standards, a company with 300 million users and more than a billion dollars in annual revenue is a big success. But Twitter became a publicly traded company in 2013, and so it faces pressure from Wall Street for continued growth.

This is particularly problematic for Twitter because there are economies of scale in the advertising business. The largest internet companies — currently Google in search and Facebook in social media — can offer advertisers one-stop shopping and extremely accurate ad targeting, generating more revenue per user than smaller service. Right now, 300 million users might seem like a lot, but in a few years it might not be enough to reach the top tier of social media sites.

Twitter’s stock price is below the level of its 2013 IPO. (MSN Money)

The pressure on Twitter to accelerate growth helps to explain an otherwise puzzling fact about Twitter: the company is losing a lot of money. In 2014, Twitter lost $578 million, only a little less than the $645 million the company lost in 2013.

It shouldn’t be difficult for a company with 300 million users to turn a profit. And indeed, Twitter took in $1.4 billion revenues in 2014, more than double 2013 revenues of $665 million. But the company’s costs grew almost as fast. Twitter spent $692 million on research and development and $614 million on sales and marketing in 2014.

Twitter lost another $162 million in the first quarter of 2015 — a bigger loss than the company had suffered a year earlier. The company’s stock tumbled almost 25 percent in the two days after these results were announced.

Losses aren’t necessarily a cause for concern if they reflect investments that will produce more rapid growth in the future. Twitter’s problem is that it appears to be spending a lot of money on engineering and marketing initiatives that don’t seem to be producing much growth.

One of Twitter’s strengths in its early years was a vibrant ecosystem of third-party developers. For example, when the iPhone ushered in the modern smartphone era in 2007, Twitter was relatively slow to introduce a mobile Twitter app. But luckily, Twitter was an open platform, and third parties stepped in to provide the mobile app customers demanded.

People have a lot of ideas for fixing Twitter

As Twitter has posted quarter after quarter of poor financial results, a wide variety of people have weighed in with ideas for how the social media company can pull out of its current slump.

Focus on becoming more accessible. This is probably the most common suggestion. The basic idea is that ordinary users find today’s Twitter confusing and overwhelming, and Twitter should work on ways to make the wealth of information on Twitter more accessible to casual users. For example, investor Chris Sacca has urged Twitter to build a series of channels that allow people to quickly find information about particular topics, like a sports team, TV show, or election. These channels would display tweets related to the topic that have been carefully curated by Twitter staffers.

Sacca also encourages Twitter to relax the assumption that tweets should appear in strictly reverse chronological order. Instead, when a user logs in, the platform should show a selection of the most interesting and insightful tweets that would have appeared on the user’s timeline since the last check-in.

The counterargument here is that a more accessible version of Twitter already exists. It’s called Facebook, and it’s wildly popular. The danger is that aping Facebook might alienate existing users more quickly than it attracts new ones.

Refocus on third-party apps. Another option, promoted by analyst Ben Thompson, would be to build lots of different apps that allow people to interact with the Twitter platform in different ways. Different apps could target different types of users, with some offering advanced features to power users, while others provide casual users with simplified ways to extract value from Twitter’s firehose of information.

The best way to do this would be to encourage third parties to build Twitter apps. But that’s tricky because Twitter has burned a lot of bridges with developers since 2012. If Twitter announced tomorrow that it was opening up the platform and encouraging third parties to build on it, it would likely get a chilly reception from developers, who wouldn’t trust the company to keep the platform open over the long haul. This is one reason Thompson has argued that Twitter needs new leadership: only with new people at the top would Twitter have a shot at convincing developers it is serious about opening up the platform.

Sell to Google. One of Twitter’s most valuable assets is an unrivaled view into what’s happening at this very instant. That knowledge could prove very useful to Google, whose mission is to “organize the world’s information.” Earlier this year Google and Twitter signed a deal to make it easier for Google to index tweets in real time. But if Twitter were a Google subsidiary, the search giant might find even more ways to extract value from this data — without requiring significant changes to the primary Twitter app.

The big problem here is that Twitter is probably too expensive. Twitter is currently worth $23 billion, which is a lot of money even for a behemoth like Google. And Google may be able to accomplish many of the same goals at a small fraction of the price with the kind of strategic partnership the company signed earlier this year.

Just focus on power users. A final option, advocated by Vox’s Matt Yglesias, is to simply accept that Twitter is never going to be a mass-market product on the scale of Facebook, and focus on serving the 300 million passionate users it has now as well as possible. This option would entail cutting back dramatically on research and marketing spending so that Twitter could earn a profit with limited revenue. The company might also focus more on selling premium ads targeted at its highly influential user base.

The problem with this option is that Wall Street would hate it. The company’s current valuation of $23 billion is based on an assumption that the company will be dramatically larger. Admitting that this won’t happen could precipitate a crisis and lead to pressure for the current leadership team to step down.