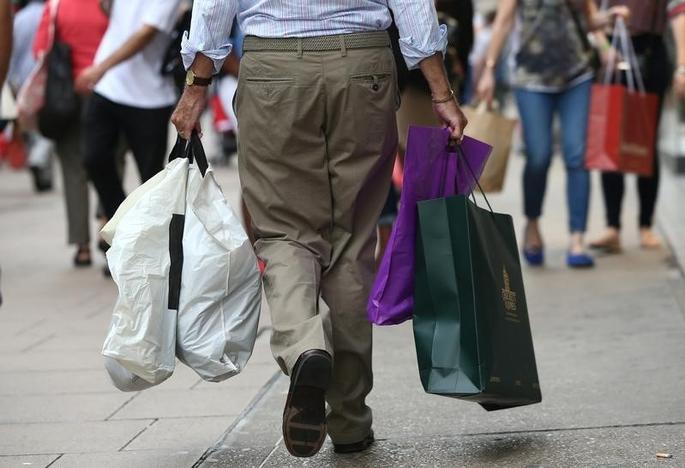 British consumers turned less optimistic this month as sterling’s slump began to eat into their disposable income, according to two surveys on Friday which will raise concerns about the strength of future spending growth.

Britain’s economy has performed better than most forecasts since June’s referendum decision to leave the European Union, in large part thanks to strong consumer spending.

But chancellor Philip Hammond warned on Thursday that did not mean the economy would dodge a slowdown next year.

Market research firm GfK said sentiment fell for the first time since the immediate shock of the Brexit vote. Its consumer confidence index dropped to -3 in October from -1 in September.

A similar survey by polling firm YouGov showed the weakest confidence since July and the view of households of their finances showed the biggest deterioration since December 2014.

“The flash crash in the pound and fears of a ‘hard’ Brexit have taken their toll … and 2017 looks set to be a challenging year for UK households,” said Scott Corfe, a director of economics consultancy Cebr, which provides analysis for YouGov.

Sterling has lost almost 20 percent of its value against the U.S. dollar since the referendum. British inflation rose to 1 percent in the year to September and could hit 3 percent by the end of next year, many economists say.

Prices for essentials rose by the largest amount since November 2014, and the cost of imports was likely to increase further due to the weak pound, Asda said.

But a robust job market and relatively low inflation should help spending in the immediate future and GfK noted households were more willing to make major purchases than a year ago.

The GfK survey of 2,001 people was conducted between Oct. 1 and Oct. 15, on behalf of the European Commission. YouGov’s polling was done in the first three weeks of October.