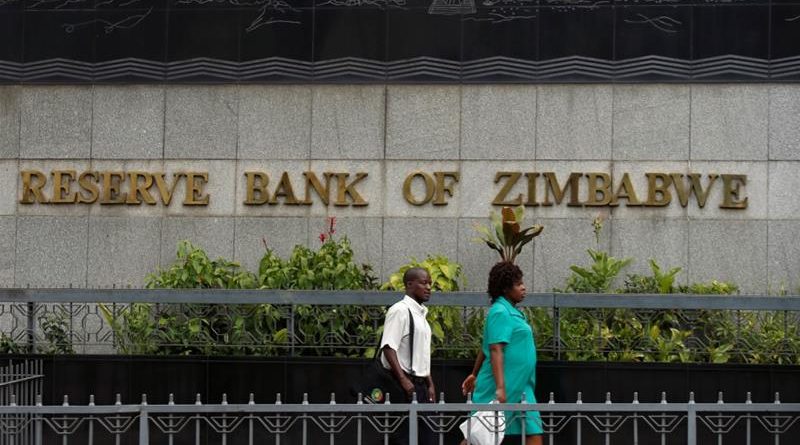 CURRENCY
November 1, 2019 Loknath Das Another, Currency, getting, is, new, Zimbabwe 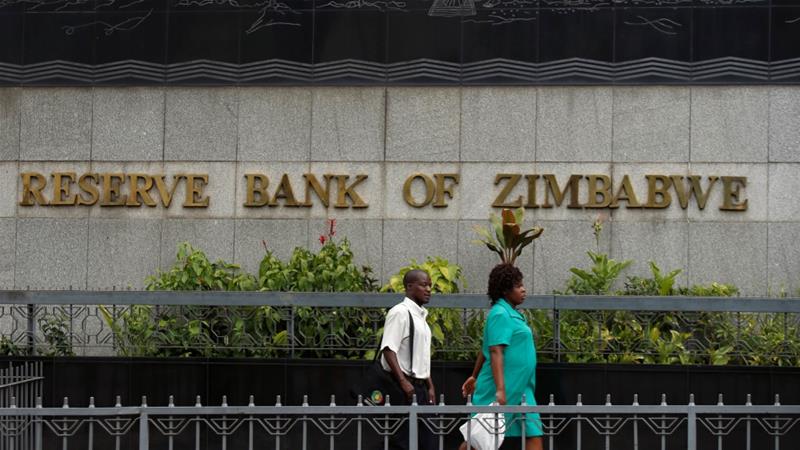 Harare, Zimbabwe – Zimbabwe’s central bank chief, John Mangudya, says he will introduce a new currency in the next two weeks to address biting liquidity shortages in the economy and regain monetary policy control after years of dollarisation.

Mangudya told journalists in the capital on Tuesday that the as-of-yet-unnamed currency will have denominations of coins and notes with a maximum value of five Zimbabwe dollars ($0.25).

“We are going to be releasing money into circulation. To be precise, within the next two weeks, we will have the new currency,” Mangudya said.

He said the new currency would trade along with the bond notes and the coins and would have the same value as these surrogate currencies.

Mangudya defended the bank’s decision to have a note worth only five Zimbabwe dollars as the highest denomination in a hyperinflationary environment, saying he wanted uniformity with the denominations that are already in the market.

In line with the law, Zimbabwe’s President Emmerson Mnangagwa must agree to the creation of a new monetary unit. After he assents, the minister of finance will then issue a decree, paving the way for the printing of the currency, Mangudya said.

A history of cash shortage

Back in 2009, soaring inflation prompted Zimbabwe to ditch its failing sovereign currency in favour of a basket of foreign currencies led by the United States dollar. But “dollarising” the economy hit a major bump in 2015 when greenbacks started vanishing from the formal banking system.

In a bid to end the US dollar shortage, Zimbabwe’s central bank introduced bond notes – a form of surrogate currency – that was backed by a $200m bond facility from the Africa Export-Import Bank. But black market speculation quickly eroded the bond note value, triggering a shortage that the central bank tried to offset by creating electronic notes.

Then this past February, bond notes – both physical and electronic – were merged into the Real Time Gross Settlement (RTGS) dollar, also known as the Zimdollar.

In June, the government moved to defend the Zimdollar against speculators by banning all foreign currencies in local transactions. But the effort has largely failed after the Zimdollar quickly fell prey to black market speculation that sent its value plummeting.

“There is a misconception that once you introduce a currency, then inflation is going to increase. We are simply giving people a chance to choose between electronic balances and cash,” said central bank chief Mangudya.

Economists are not holding out hope for the new currency.

“The only worry about a local currency is excessive money printing by the central bank, which makes multiple currencies dearer options when forced to choose,” Victor Bhoroma, a Harare-based independent economist, told Al Jazeera. “The solution for Zimbabwe does not lie in any new currencies [whether Zimbabwean dollars or foreign currencies].”

The solution, according to Bhoroma, is instituting key reforms in governance, reining in expenditures in government, creating supply-side interventions to boost production, engaging in confidence-building, and strengthening institutions – such as the rule of law, property rights and policy consistency.

Gift Mugano, an economics professor at Zimbabwe Ezekiel Guti University, told Al Jazeera that the introduction of the currency will accelerate its own value decline.

The new currency will have the same value as the bond note and RTGS dollars circulating in the economy.
“This is a continuation of a process that started on 24 June when the central bank outlawed the use of the US dollar and introduced a new currency,” Mugano said. “What is important to note is that they did this when economic fundamentals were very weak. The fundamentals have not improved as we speak.”

Mugano says the bond note and the RTGS dollar, the Zimbabwe dollar’s predecessor, have failed to act as a store of value, forcing ordinary Zimbabweans and companies to buy US dollars to preserve value.

He sees companies using the new currency to acquire US dollars.

“What will happen is very simple: companies will get cash to buy US dollars and then the rate will go higher as more cash chases the few US dollars in the market,” Mugano said. “The pressure on the exchange rate will be higher.”

The RTGS dollar and Zimbabwe’s surrogate currency, the bond note, have both struggled to hold value against the US dollar as demand outstrips supply.

Once valued at 1:1 with the greenback, the currency is now trading at 1:20 against the US dollar on the black market.

“It is obvious the Zimbabwean dollar will not hold any value because of negative fundamentals in the economy which include key among them confidence deficit and high demand for foreign currency to import commodities [current account deficit],” Bhoroma said.

“It is also inevitable that the central bank will continue to grow money supply in the economy to fund runaway government expenditure. This will further weaken the local currency.”

This year alone, the economy in Zimbabwe is contracting by more than 6.5 percent.