Skip to content
COMPANIES
June 17, 2015 Joy Mitra 0 Comments 9-10% of the total operational cost of an airline, rules mandate that no pilot can join a rival, run by InterGlobe Aviation Ltd 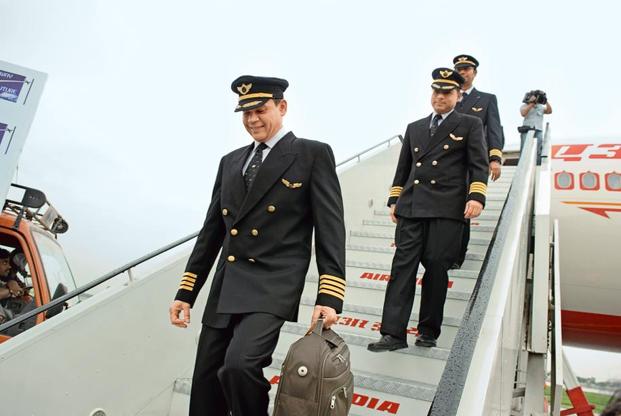 Mumbai: Aggressive hiring of pilots by Gulf-based airlines and local carrierIndiGo, as they expand their fleets to meet rising demand, has left several Indian carriers struggling with staff shortages that may stymie their growth plans.
While Gulf airlines are allegedly leading in poaching Indian pilots, some local airlines have complained to the industry regulator that an Indian low-cost carrier is also engaging in the practice.
Last week, some Indian airlines filed a joint complaint against IndiGo, which is run by InterGlobe Aviation Ltd, India’s largest airline by passengers carried, to the Directorate General of Civil Aviation (DGCA), alleging that the airline was poaching pilots.
DGCA declined to comment while IndiGo said it has complied with rules while hiring employees. The rules mandate that no pilot can join a rival airline before serving a six-month notice period.
Supply of pilots has failed to keep pace with the sudden surge in demand for flights, as airlines are able to pass on the benefits of low fuel prices to passengers. If the problem is not addressed, it may jeopardize the still nascent recovery in the Indian aviation market.
A pilot (commander) shortage is likely to emerge for some airlines in the current fiscal that could impact expansion, said Kapil Kaul, chief executive officer (South Asia) at consulting firm Capa India. “As long as exit conditions are adhered to by both—airline and pilot—poaching by Indian airlines and foreign airlines, especially the Middle-East carriers, cannot be stopped,” Kaul said.
Indian airlines are adding capacity to meet the increased demand for flights.
IndiGo, for instance, has placed firm orders for 250 Airbus A320neo planes. Low-fare carrier GoAir (run by Go Airlines India Pvt. Ltd) had also ordered 72 A320neo planes. New airlines, such as the Vistara and AirAsia India, are adding more planes while older ones, such as SpiceJet Ltd, Air India and Jet Airways (India) Ltd are also looking to induct planes.
The shortage of pilots may also lead to rising staff costs. Typically, the employee cost is around 9-10% of the total operational cost of an airline, and poaching increases pressure on the cost side.
A senior executive with a low-fare airline said IndiGo has hired a lot of pilots, making life difficult for other airlines. He requested anonymity.
Airlines have little reason to complain, say experts.
“It’s survival of the fittest. It is not unusual that a company is hiring from a rival’s talent pool to cripple the competition. An organization should rather create a condition where employees are keen to stay back for long,” said K. Sudarshan, managing partner (Asia) with EMA Partners International, an executive search firm.
IndiGo, on its part, denies poaching pilots from rivals.
“IndiGo has never poached any employees from any other organization, leave alone pilots. IndiGo has always followed all the laws, regulatory requirements and contractual commitments,” said Aditya Ghosh, president at IndiGo.
“IndiGo takes pride in the fact that it has created job opportunities in every month of its existence, and if the aviation sector continues to grow, IndiGo hopes to create thousands of more job opportunities in this country—including that for pilots.”
“There should not be any embargo placed on free movement of pilots, provided the movement is in compliance with the CAR (civil aviation requirements),” said Ghosh.
Any further unreasonable enhancement of the notice period for pilots is not only unethical, but also unreasonable, and will be in clear violation of the fundamental rights of an Indian citizen guaranteed by the Constitution of India and a restraint on trade and profession under the applicable provisions of the Indian Contract Act, he said. “These sort of vested non-tariff barriers will forever stymie the growth of aviation in India,” Ghosh added.
A person close to the development said Gulf airlines are more aggressive in poaching Indian pilots. “Emirates Airlines and Etihad Airways are leading the race. And there is nothing wrong in it,” he said, on condition of anonymity. Emirates and Etihad declined to comment.
[“source – livemint.com”]