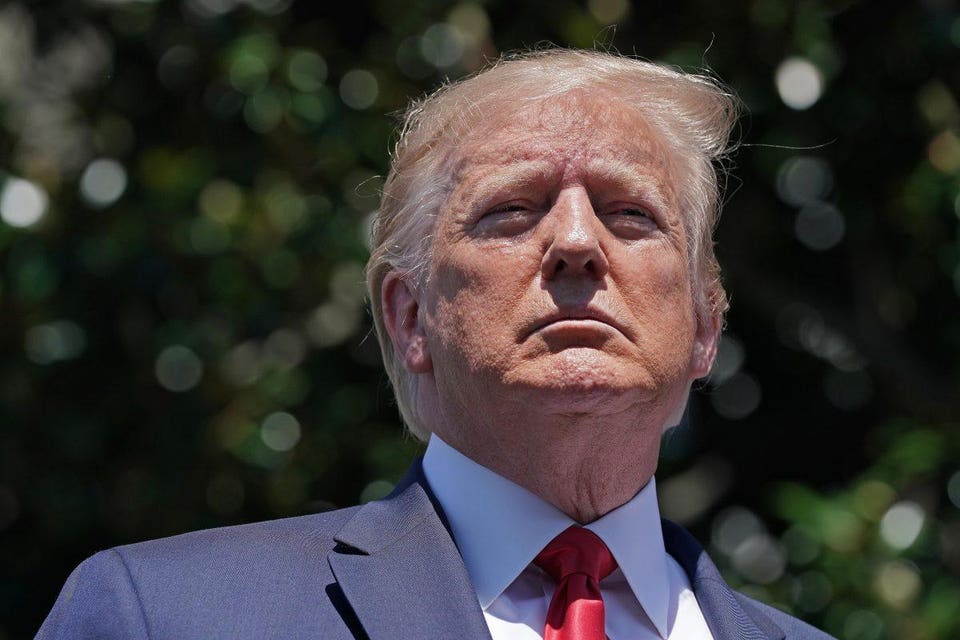 The Chinese economy grew 6.2% in inflation-adjusted terms in the second quarter this year, the slowest pace in 27 years. Predictably there is a chorus of alarmist media headlines expressing dismay about the economy’s “softening.” Equally predictably Donald Trump wasted no time claiming victory, tweeting that “U.S. tariffs are having a major effect on companies wanting to leave China for non-tariffed countries.” The reality is that this latest quarterly GDP growth figure, in the second year of the trade war, reveals the emergence of a stronger and more resilient Chinese economy.

Never mind that the 6.2% year-on-year growth is only marginally lower than the 6.4% in the first quarter, which, given the margins of error in such data, means that there is practically no difference between them. More importantly, however, are the details underneath the headline growth figure which is a preview of what is to come. In spite of weak exports, both domestic consumption and industrial production strengthened, and household incomes continued to rise, leading to robust retail sales. In the context of China’s current stage of economic development, it is excellent news that the right parts of the economy, domestic services and consumption, are driving economic growth in spite of slowing exports. Simply put, Chinese consumers as well as companies that focus on domestic demand are ignoring Donald Trump and the trade war, they are simply staying calm and carrying on.

China’s domestic economy is able to power ahead, brushing aside weak exports and concerns about the trade war, because domestic demand has grown big enough to replace exports as the primary engine of economic growth. The service sector now accounts for the biggest share of GDP, and is undergoing rapid and innovative transformations, riding on an expanding urban middle class and cutting-edged digital technologies. Research by CLSA shows that China has the lowest correlation between export and GDP growth among all major economies in Asia with a correlation of 0.3 (a one percent increase in export is correlated with 0.3% increase in GDP), much lower than in Japan, South Korea, Malaysia and Thailand. China now leads the world in e-commerce, mobile payment, and cashless transactions.  Chinese consumers are a venturesome lot, keen to experiment with new gadgets and experiences, which are the perfect partners for ambitious and tech-savvy entrepreneurs and investors. Together they form a creatively productive ecosystem for business startups, which are proliferating. China’s massive market also means great potential for scaling up, turning successful new businesses in the service sector quickly into powerful drivers of jobs and income generation. As of end of last year, China’s service sector employed more than 350 million workers, 100 million more than it employed in industry. This trend is set to continue.

What we are seeing now is only a preview because these rising structural trends are in their early stages. In addition, the business cycle in China is also just reversing. The country’s monetary and fiscal policies have only begun recently to loosen up. In hindsight, China’s tightening last year was more severe than expected, and the credit crunch has hit hard companies that relied on the shadow banking sector for financing; and they operate primarily in the domestic economy. Since last year, the shadow banking sector has shrunk and the remainder formalized. The effects of monetary easing and supportive fiscal policies are now at an inflection point. In the coming months, more credit will become available, skewed toward the private sector at the expense of state-owned enterprises and local governments, with tax cuts supporting household spending. Unlike the past, these stimulus measures are calibrated to grow domestic consumption, not exports. The net result is a very profound trade-off between quantity and quality of economic growth in China. The quality of investment is steadily improving, and less investment will be needed in the future to generate the same amount of growth as in the past. And each new unit of economic growth will also mean a lot more benefit to domestic consumers and businesses compared with export-led growth. Today’s glimpses of the incipient strength of China’s domestic economy will become fully apparent in the coming years.

Contrary to Trump’s tweet, foreign companies are not lining up to leave China. According to survey data from the Financial Times, foreign non-financial companies in China are enjoying rising revenues. Foreign companies’ revenue rose by close to 20% in 2018, up from 13% in 2017, and this trend seems to be continuing in early 2019. There is no question that many foreign companies are facing increasingly successful home-grown Chinese competitors, but the allure of the Chinese market, the fastest growing among the large economies in the world, remains undimmed For American companies operating in China, their concerns are how to protect their China-based businesses from the fallout of the trade war. Collectively, American companies earned around $250 billion from their business operations in China last year. Their priority is how to protect and grow their revenue, not leaving. 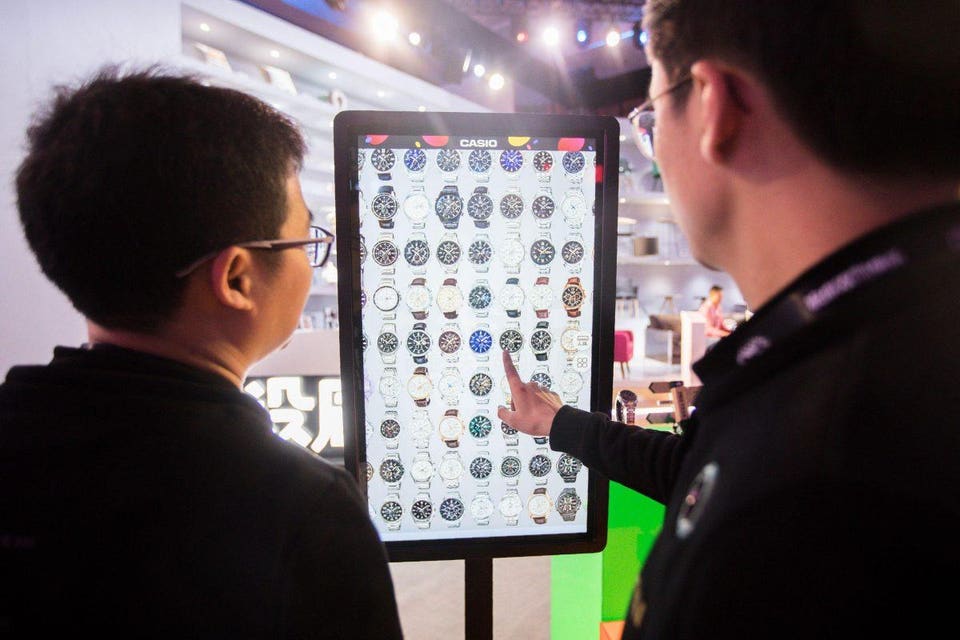 Shoppers browse through a selection of watches on a screen at a T-Mall exhibition during the Singles Day shopping festival in Shanghai on November 11, 2017.