Skip to content
LOANS
June 11, 2015 swarnali 0 Comments improvement in May, miss 7.0 percent in the second quarter, performance of investment 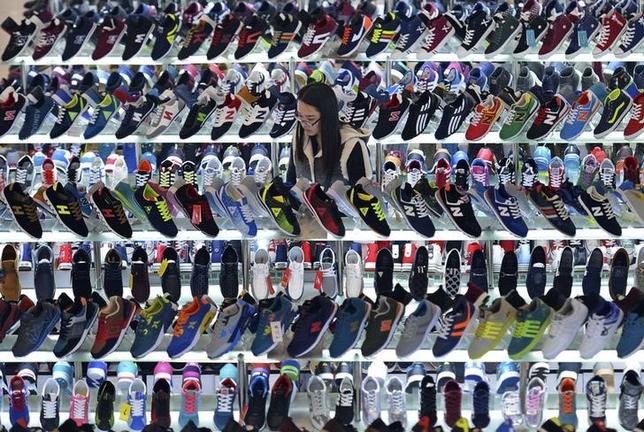 China’s ailing economy showed few signs of improvement in May, with factory output steadying but investment growing at its slowest rate in nearly 15 years, pointing to further weakness unless Beijing ramps up its stimulus efforts.

A flurry of data from power output to retail sales released on Thursday showed no convincing pick-up in the world’s second-largest economy despite three interest rate cuts since November.

That led some analysts to predict growth could cool further in the second quarter, after hitting a six-year low of 7 percent at the start of the year, and increasing the chance of China cutting interest rates again as early as this month.

“We believe that the People’s Bank of China will cut interest rates by 25 basis points this month.”

Fixed-asset investment, a crucial driver of the world’s second-largest economy, rose 11.4 percent in the first five months of this year from the year-earlier period, missing a Reuters poll forecast for a 12 percent gain, the same as in April.

Some analysts blamed the weak reading on China’s cooling housing market, which they said will not turn the corner until high inventories of unsold homes are cleared, thereby reviving investment and construction activity.

Manufacturing activity, by comparison, showed signs of steadying, but remained at subdued levels. Factory output rose 6.1 percent in May compared to a year ago, largely in line with expectations and up marginally from April.

China’s factory output has grown at an average monthly rate of about 6 percent this year, almost a third of the pace seen in 2007, with soft demand leaving many firms with excess capacity.

Separate data from the central bank showed growth in the broad M2 money supply picked up more than expected to 10.8 percent, but remained within sight of a record-low 10.1 percent struck in April.

China’s banks made 900.8 billion yuan ($145.15 billion) worth of new loans in May, up sharply from April, but economists say many banks remain wary of lending with bad loans on the rise, and suspect a hefty share of “new” loans may be rollovers of existing debt, or for day-to-day company operations, not for new activity.

“Money is still not flowing into the real economy and most Chinese companies continue to face a serious problem in fund-raising,” said Zhu Qibing, a macro strategist at China Minzu Securities in Beijing.

“I think the monetary authorities will gradually shift to use fiscal policy, rather than monetary policy, to reboot the slowing economy.”

The disappointing investment data followed figures earlier this week that showed China’s import growth had slumped more than expected last month, while exports fell for the fourth straight month, albeit at a slower pace.

Mindful that the economy is vulnerable to a further slowdown, Beijing tried to harness as much fiscal support as possible this week by threatening to cut the budgets of local governments if they don’t spend most of their allocated cash.

China’s economy is widely expected to grow around 7 percent this year — the slowest pace in a quarter of a century. That would mark a loss of momentum from last year’s 7.4 percent but would be in line with the government’s 7 percent growth target.

Analysts are divided over whether the worst is over.

Economists at the central bank said this week they expect growth to pick up modestly in the next six months as previous policy easing measures start to take effect and the housing market stabilises.

But other analysts say that view is unduly optimistic, pointing to huge inventories of unsold homes, excess capacity in many heavy industries such as steel and high levels of local government debt which is curbing their ability to spend.

Sources told Reuters on Wednesday that Bank of China, the country’s fourth-largest lender, is missing its profit target in Zhejiang, a manufacturing stronghold where thousands of factories have shut in the past three years.

“Investment is vital for stabilising growth in the short term and the poor performance of investment is putting pressure on the economy.”