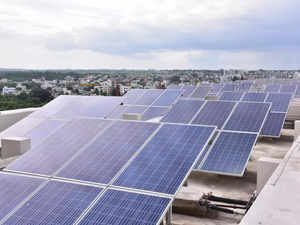 The Central government has asked states to ensure that the “must-run” status of renewable energy plants is honoured and that if supply from these units is curtailed, the reason must be given in writing to generating companies.

The letter from the ministry of new and renewable energy to the chief secretaries of all states on Thursday follows Andhra Pradesh’s curtailment of wind and solar power over the last few days.

The state has asked renewable energy companies to renegotiate contracts signed with the previous regime, drawing strong protests from developers. The Andhra Pradesh High Court last week issued a stay order on renegotiation of solar and wind PPAs, which is valid till August 22. Since then, the discoms of the state have been curtailing renewable power.

But the letter from the Centre does not draw attention to any state in particular.

“It has come to the notice of this ministry that in violation of above regulations some state load dispatch centres (SLDCs) are resorting to large-scale backing down of wind and solar energy,” said the letter written by B P Yadav, joint secretary in the ministry.

It also said if any SLDCs curtail wind or solar power for reasons other than grid safety, they would be liable for losses incurred by the solar or wind power generator.

Separately, the Andhra high court has also asked the concerned discoms to justify backing down of wind and solar power over the last few days.

“Following the court’s directive, the discoms have reduced their backdowns,” said a senior executive of a major IPP, who did not want to be named.

Renewable energy companies say the state’s attitude will put off potential investors in the sector. Several international companies and funds have invested in this sector in India. Company executives say these investors will resent any move to renegotiate a signed contract.