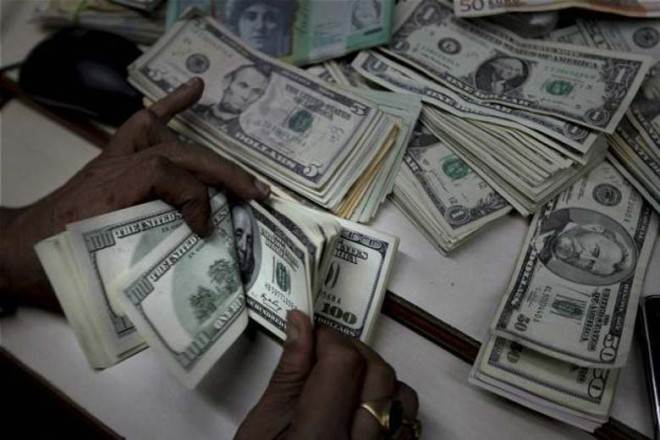 Budget speech 2019 contained a new policy statement—GOI was planning to issue 10-year bonds denominated in foreign currency. This proposal has generated a controversy unlike most others. Every budget has good, bad, and ugly components. And critics are free to choose and comment on what they like, or hate. There are very few, if any, analysts who believe that the Budget 2019 income-tax proposals have any merit to them. Likewise, there are very few experts who believe that issuance of foreign currency bonds is a good idea. Indeed, the list of eminent experts who think it is an ugly idea is near endless.

Former RBI governor and distinguished economist Raghuram Rajan states as following (Times of India, July 2019): “Foreign bankers often meet finance ministry officials, trying to persuade India to issue a foreign bond. In my experience, they usually started by saying that such borrowing would be cheaper because dollar or yen interest rates are lower than rupee interest rates. This argument is bogus—usually the lower dollar interest rate is offset in the longer run by higher principal repayments as the rupee depreciates against the dollar.” He has been joined by my ex-PMEAC colleague and good friend Rathin Roy who went a step further and stated: “Show me one country after world war which has done a foreign currency sovereign bond and not paid dearly for it.” Further, “I would pay very careful attention to what several governors of the Reserve Bank are saying, that these are sovereign liabilities in perpetuity. I think there are serious issues regarding loss of sovereignty, which need to be addressed. I do not think that the argument that it is cheaper is a good one, I think it doesn’t even hold if you add hedging costs and I don’t buy the simple argument that if something is cheaper, it is good,” (Business Standard, July 23, 2019). In addition, the Swadeshi Jagran Manch (SJM) is on record as stating that issuance of foreign denominated bonds is anti-patriotic, that it would lead to a loss of sovereignty, and would lead to currency depreciation. To my knowledge, this is the first time esteemed economists and SJM are on the same side of an economic argument—can both be right, or are both wrong?

The above is just a brief taste of the comments and condemnation the foreign bond issue has received. The only eminent person (known for his balanced views) to publicly favour a sovereign foreign bond (SFB) is former RBI governor Bimal Jalan who stated “At the moment, we are in a fortunate position. Our debt-to-GDP ratio is not very high, exchange rate is stable, and foreign exchange reserves are high. So foreign borrowing, if its long term, which it would be, is not a problem.” Former RBI governor YV Reddy had a more nuanced comment, stating that if foreign bond issuance was accompanied by a move towards greater capital account convertibility, then it may be worth pursuing.

The key issue in this debate, as nearly always, is empirical, and has to do with currency depreciation. Show me the money (evidence) and win the argument. Simple accounting math about foreign borrowings is as follows. All examples are with respect to dollar borrowings, but the same set of arguments apply to borrowing in the other three currencies—yen, euro, and the British pound. A country pays a country premium for borrowing in dollars; currently the US 10-year bond is trading at 2% and Indonesia just borrowed in June 2019 at around 3.6%; at the time it borrowed, it paid close to a 1.5% premium. A complex set of factors determine the country premium, but magnitude of reserves and foreign currency debt are important attributes. About 40% of Indonesia’s debt is denominated in foreign currency; in India it is less than 5%. India should be able to borrow at a somewhat lower premium than 150 bp, possibly 130bp.

India can borrow abroad in dollars at 3.3% or borrow foreign money in rupees (a masala bond) at a 3% higher premium, or 6.3% (the current government 10-year bond is trading at 6.35%). The difference between 3.3% and 6.3% is the depreciation premium that emerging countries pay.

This is what the market “demands” and it is unlikely that this premium has shifted too much for emerging markets over the last 20 years. Over a 10 year period, the 3% annual depreciation assumption means an economy pays 35% more with a masala bond than with an FCB. If the cumulative depreciation at the end of 10 years is more than 35%, the borrowing country loses; if less, than the borrowing country gains. The entire argument against foreign bonds (except the patriotic one) is whether this depreciation has been (and is expected to be) more than 35% over a 10 year period.

Data on 10 year currency depreciations are reported for several countries for the period 2009 to 2019. This assumes that each country started borrowing in 1999, one year after the East Asian crisis. Respected scholars (and respected policy makers) hark back to the Asian crisis for clues about what will happen to India’s exchange rates over the next decade. Do these esteemed scholars recognise (let alone appreciate) that the rupee/dollar exchange rate was Rs 42 in 1998 (Asian crisis) and Rs 40 ten years later in 2007? This, despite Indian inflation rates averaging 3% higher, per year, than the USA during this period.

In the sample of countries chosen, I have included three countries from Latin America (Chile, Brazil, and Mexico) to satisfy the critics assumption that if India were to borrow $10 billion, or even $30 billion, or even $50 billion, we would face a Latin American crisis. Serious economists have invoked this “threat” in their arguments, so it is prudent to account for it. Note that the period chosen is a fairly long period (20 years) and involves close to 90 countries.

What do the results show? Unambiguously, that it pays for a country to borrow abroad!

Let us take the case of India first. Against the US dollar, the average 10 year depreciation since 2009 for India (or average annual depreciation since 1999) is 26%. Which means that India would have made a profit of close to 10% for each 10-year bond that it floated. Recall what Rajan said about this possibility. He called it bogus. The two worst-performers are Mexico and South Africa, and even these two economies break even! Even an average emerging economy makes a profit of 5 bp on every FCB bond it has floated over the last 20 years. This puts into question Rathin Roy’s conclusion that every country has paid dearly for FCBs; empirically, the result is the opposite—since the East Asian crisis, most countries have profited handsomely. I don’t know the veracity of his conclusion post WWII; maybe the few who borrowed abroad (particularly in Latin America) paid dearly between 1945 and 1998. But, for each Latin American disaster, there is an Asian success story. So which continent does Roy (and others) believe India is comparable too?

Indian inflation has moved structurally downward over the last three years and, thankfully, the post Patel-Acharya MPC realises this fact. However, in the six months prior to Das’s first rate cut in early February 2019, inflation had averaged 3.7% and the real repo rate had averaged 2.8% (defined the RBI/MPC way of current repo rate minus two month earlier inflation). In the six months since (February 2019 to July 2019), two-month lagged inflation has averaged 110 bp lower at 2.6% i.e., despite 75 bp of repo rate cuts, the average real repo rate has moved higher to an average of 3.4%, an increase of 60 bp.

All the empirical evidence (past and expected future) suggests that the MoF idea of floating FCB’s is a terribly good idea, an idea whose time has definitely come. It will also help to significantly lower the real repo rate to respectable levels. No country, has grown at “trend” rates with a real repo rate around 3.4%, not even 2.4% and not even 2%. So please, MoF, borrow abroad; and please, RBI/MPC, smell the real rate before deciding on monetary policy.