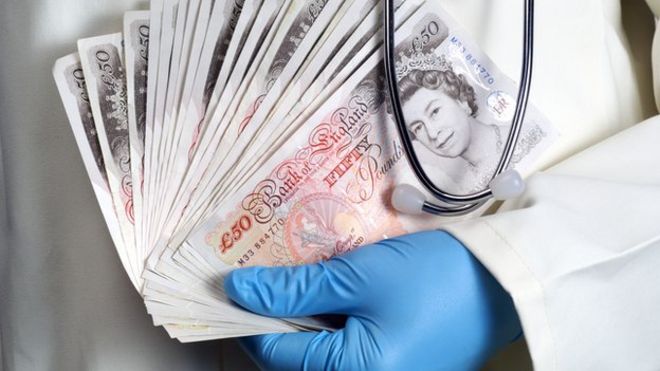 The election is out of the way and campaign rhetoric has given way to real life back in Whitehall.

For the Department of Health and NHS England that means the start of a challenging journey for the health service over the next five years.

This week’s high level gathering for NHS chiefs in Liverpool has given a taste of things to come.

The NHS Confederation conference brought together the great and the good from the service and they heard the first major speeches of this parliament from the Health Secretary Jeremy Hunt and the head of NHS England Simon Stevens.

Mr Hunt got his key message across to the NHS leadership the day before the conference when he said in interviews that the time for asking for more money was over.

The Chancellor allocated £2 billion more for the NHS for the current financial year in his last autumn statement, and £8 billion more above inflation was promised for 2020.

In effect Mr Hunt was saying we have given you the funding you asked for and now its time for you to get on with the job within agreed budgets.

He conceded that the efficiency savings required by 2020 would require a huge effort, but the Department of Health would do its bit to help.

Time to ‘press ahead’

The latest government plan to cap spending on agency nurses and doctors, he indicated, should save the NHS in England £400m this year.

In his speech to the confederation, Mr Hunt repeated his conviction that better procurement by the NHS could cut spending significantly.

He pointed to a review by Lord Patrick Carter for his department on ideas for further savings which was due out in the autumn. Implementation of these ideas could, he said, start in January.

It was hardly surprising that Simon Stevens’ speech to the conference did not depart from the Health Secretary’s message.

Early on in a parliament with a newly elected majority government is not the time to rock the boat.

Mr Stevens told his audience there would be no extra money this year and it was time to press ahead with efforts to save cash and make better use of NHS resources.

So how did all that square up with health trust chiefs and others running front-line services at a time of increasing financial pressures?

They kept their peace, all too aware that causing trouble with a new administration and moaning about money would not do them any favours.

Scientism at the margins

But talk of a looming deficit of £2 billion or more in the current financial year, more than double what was racked up in 2014/15, has not gone away.

Increasing demand for care continues to squeeze budgets and push hospitals into the red.

There was scepticism around the margins of the conference about the ability of the NHS in England to find anything like £2 billion of efficiency savings to cover the projected deficit.

Action on agency costs was welcomed, but there were doubts about whether £400m worth of savings could be found this year.

The regulators, Monitor and the Trust Development Authority, will continue to press hard for cost reductions.

There is an understandable view in Whitehall that hospital chiefs will always paint a gloomy picture about their finances. But there are warnings that cash buffers held by trusts have run low.

Rainy day money which was covered over-spends in the past is in short supply.

The stakes are high. The Chancellor George Osborne who has demanded £3 billion of savings across government this year will be in no mood to write new cheques for the NHS.

But the parlous financial state of some parts of the service was highlighted by the decision to parachute new top management into struggling health economies in Essex, Devon and Cumbria.

Things may stay quiet for a month or so, but as attention turns to autumn and how the demands of winter will be financed the noises off will get louder.

The long term future of the NHS has its challenges, but for policymakers and managers the short term is what matters most.