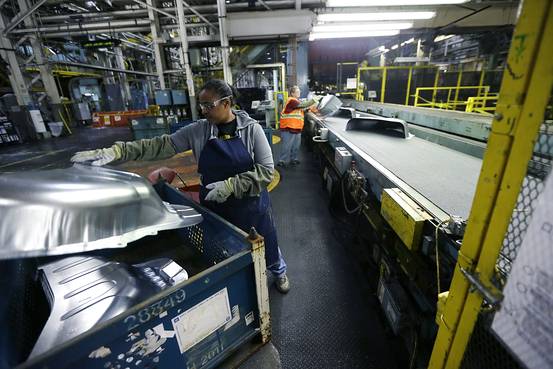 More companies have shifted away from defined-benefit plans in the past few decades, as they struggle with mounting pension obligations.

Now, a new report argues that the large-scale move by companies toward defined-contribution 401(k) plans is widening the gap between rich and poor in the United States.

The study, by the National Conference on Public Employee Retirement Systems, a trade group based in Washington D.C., argues that seniors who draw money from 401 (k) defined contribution pension plans-where retirees are responsible for their own investment decisions-earn less than those who retire with defined-benefit plans, where employers manage the investment portfolio and guarantee set payments to retirees.

“The move to defined contribution plans is, in effect, a benefit cut,” said Hank Kim, executive director of the group. He said that those workers would have less money to spend as they age, making them poorer, and also hurting the economy as a whole.

Mr. Kim explained that workers in defined-contribution plans often pay higher fees on their investments, and have to invest more conservatively to protect their savings. He cited a study by the National Institute on Retirement Security, which found that a typical defined-benefit plan provides benefits at about half the cost to the pensioner of a defined-contribution plan.

S&P 1500 companies with defined-benefit plans had a total deficit of $424 billion at the end of April, according to consulting firm Mercer. That means the plans didn’t have enough assets to meet their obligations to retirees.

Corporations have to fully fund their defined-benefit plans, and the big deficits are increasing pressure on them to funnel cash into the plans. That’s encouraging more companies to shift away from those plans.

Many are transferring their pension obligations to private insurers, as Kimberly-Clark Corp. did earlier this year.

In 1979, 38% of U.S. private-sector workers were covered by defined-benefit plans. The number had fallen to 14% by 2011, according to the Employment Benefit Research Institute. By contrast, the percentage enrolled in defined-contribution plans more than doubled to 42%.

Data from the U.S. Department of Labor show that 27% of the 7,700 plans with over $10 million in assets are frozen. That means companies either don’t allow new employees into the plan or stop employees from accruing additional benefits from those plans. Many companies freeze plans and shift employees to defined-contribution plans.