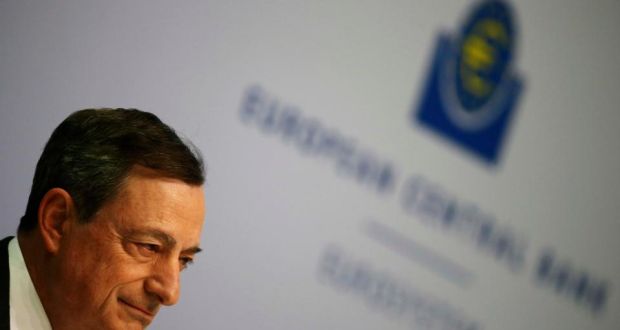 Household consumption increased 0.5 per cent, investment climbed 0.8 per cent and exports were up 0.6 per cent.

In addition to a drop in the price of oil, a weaker euro due to the European Central Bank’s bond-buying program has helped the bloc’s output. ECB President Mario Draghisaid last week that record monetary stimulus was filtering through to the economy on schedule, and that despite concerns about Greece’s debts the recovery was “on track.”

“Growth could slow a bit in the second quarter but will remain on a positive trend until the end of the year,” said Christophe Barraud, chief economist at Market Securities LLP in Paris.

In a sign of the trend continuing, euro-area economic confidence remained near a four-year high in May. Markit’s factory output gauge for the entire 19-nation region rose to 52.2 last month, above the key 50 mark that divides expansion from contraction.