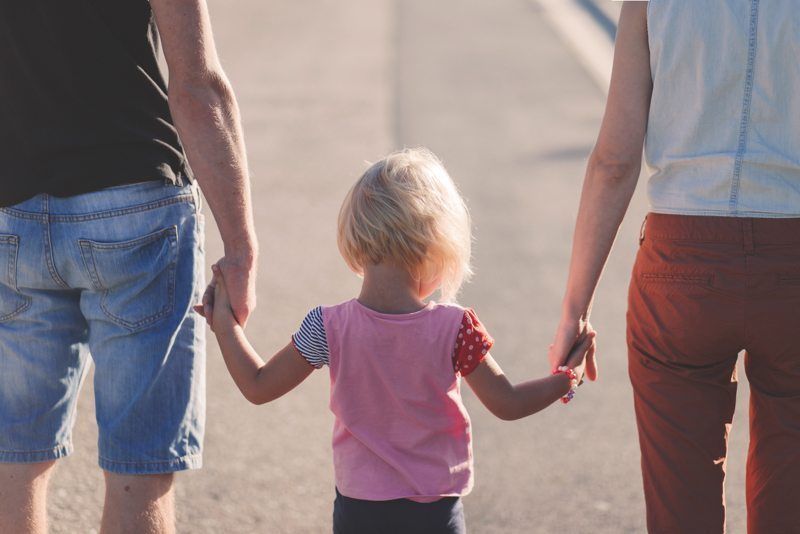 Cannabis for kids? Real life is sometimes stranger than fiction! However, now that cannabinoids can be isolated from the rest of the herb, many of marijuana’s medicinal properties can be harnessed without the need for THC, the famous – yet somewhat notorious – psychoactive component of the plant.

The most promising non-psychoactive cannabinoid is cannabidiol (CBD) – the compound holds benefits for the brain, central nervous system and more, but it is these two areas where children can be helped most. CBD is effective in both regions thanks to the expression of cannabinoid receptors, which can be activated either by CBD or with endocannabinoids that are stimulated by CBD.

Cannabis medicine has developed significantly in recent decades, and smoking is a thing of the past for many adult users. Obviously, safer consumption methods – like oil and CBD edibles – are essential for children and teenagers. One great advantage of CBD above many pharmaceutical drugs is the distinct absence of severe side effects.

Here are four conditions that affect children which can be treated with CBD medication.

Think of children and medical cannabis and epilepsy is the condition that likely comes to mind, due to the huge attention that the topic has received in the United States and other countries. The cultivation of high-CBD, low-THC cannabis and therefore cannabis oils has been found to be very useful against intractable epilepsy – conditions which cannot be treated with conventional epilepsy drugs. Such forms of epilepsy include Lennox-Gastaut syndrome and Dravet’s syndrome, which have the potential to causes hundreds of seizures a week, some of which are life-threatening.

Epilepsy at this severity destroys a patient’s quality of life, by slowing the development of basic skills like eating and walking unaided and engaging in social interaction.

However, the results with CBD-rich oil have been phenomenal, reducing seizures markedly from the first dose. For some, regular CBD treatment has eliminated seizures altogether. However, it should be noted that not all patients benefit from CBD.

Research suggests that CBD’s anti-seizure properties stem from the compound’s ability to find a balance between excitation and inhibition in the brain. CBD does this by promoting an inhibitory neurotransmitter known as gamma-Aminobutyric acid (GABA).

In 2018, after a number of successful clinical trials, the Food & Drug Administration (FDA) approved Epidiolex, a CBD drug for epilepsy that is taken sublingually. Epidiolex is the first drug approved by the FDA that contains a natural cannabinoid from cannabis.

Anxiety affects all ages, but the hyper-connected world that today’s youngsters experience with the proliferation of the internet, social media and instant messaging only creates more potential for negative thinking. A recent survey from Harris Interactive for the American Psychological Association revealed that around 12 percent of millennials experience anxiety, more than any other demographic – the next youngest group, Generation Xers, come in second at 8 percent.

Unfortunately, common anti-anxiety drugs like Prozac, a selective serotonin reuptake inhibitor (SSRI), can cause side effects like nausea, dizziness and insomnia. Some find that SSRIs lead to derealization and depersonalization.

Therefore, more novel anxiety treatments are needed, with SSRIs now 30 years old and problematic. A study on social anxiety and public speaking showed CBD can tackle alertness, which helps to bring cortisol levels down and reduced stress. The GABA neurotransmitter is involved in the anxiety reduction process, by calming excessive activity in the brain.

It could be that chemical imbalance is at the root of anxiety, with GABA unable to attach to GABA-A receptors at a high enough rate to control anxiety. However, CBD increases the receptiveness of GABA-A to GABA neurotransmitters, which helps to restore balance in the brain.

While vaping isn’t possible for children, sublingually-administered CBD oil does the trick, and calm an anxiety attack in just minutes. Treating anxiety before it flares up is also possible with CBD. If a social gathering is coming up, then taking CBD beforehand may help to keep anxiety levels down, improving social interaction in the process.

ADHD is a behavioral disorder that causes hyperactivity, impulsiveness and makes it difficult to concentrate. Anxiety is quite common among ADHD patients, and the overthinking caused here only worsens issues concerning focus.

However, CBD can help to calm the body down, and clear away mental fog to boost concentration. Some ADHD patients say that a dose of CBD helps them to get out of their own heads and become more sociable. Finishing tasks also gets easier as mental blocks dissolve.

Another great aspect of CBD is how improvements are noticeable from the first dose – this only encourages someone with ADHD to stick with the treatment.

Although it’s important to remember that CBD will not cure ADHD, only mitigate some of the symptoms.

Figures from the Anxiety and Depression Association of America (ADAA) show that, in 2014, 2.8 million American adolescents (ages 12 to 17) suffered a major depressive episode. ADAA statistics also put depression rates among children aged 6 to 12 at up to 3 percent. Antidepressants are available; however, SSRIs pose similar problems here as they do with anxiety.

But CBD is safe and, according to the World Health Organization, has no abuse potential. This phytocannabinoid simply works with the endocannabinoid system to produce more natural antidepressants in the body – namely, anandamide, a neurotransmitter which is also an endocannabinoid. Anandamide is sent to the brain under the instruction of CBD, where it influences the CB1 receptor which modulates mood.

However, CBD’s antidepressant properties may not be reserved to the endocannabinoid system, with ground-breaking research showing that the 5-HT1A receptor in the serotonin system also interacts with CBD. More studies are needed, but the fact that the 5-HT1A receptor has a role to play with mood makes it a key target area for researchers attempting to develop novel antidepressant treatments.

The contents of this article are meant to be informational and educational. Nothing written here should be taken as medical advice, and if your child is experiencing medical issues, consult a doctor and do not attempt to self-medicate.