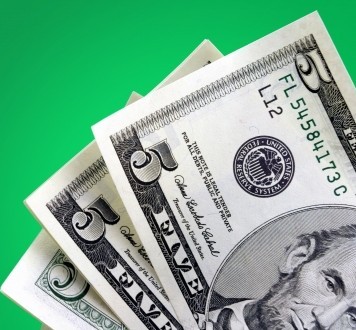 The bond market has been slammed this week, as the European Central Bank committed to holds rates at a record low. International Monetary Fund officials publicly called for the Federal Reserve to wait until 2016 for any rate hikes, though popular sentiment still believes the first hike will be this year. Greece’s problems, a badly kept secret, again are at the forefront of Europe’s problems. High unemployment continues with at 25 percent, double the number for the rest of the European Union. Jobs for young Greeks are even scarcer, with only half of those between the age of 15 and 24 employed.

The Government Accountability Office released a report on household savings for those approaching retirement. Quite scary is the finding that almost half of households age 55 and older have no retirement savings, such as IRAs or 401(k)s. Most of these households are also without alternate sources of savings or pensions. For those that do have savings, the median amount held by those aged 55 to 64 is $104,000 and half of those 64 and older rely on Social Security for the majority of their income.

This may be the turning point where economics and environmental good finally become synchronized. Time magazine details the increase in homeowners using solar-panel systems and the conventional utility companies’ effort to slow the surge down. The number of homes and business using solar has increased from 20,000 in 2005 to 644,000 in 2014, with a record 187,000 installing systems last year. The average pre-tax price of a 6-kilowatt system has dropped to $20,867. Solar still accounts for less than 1% of the country’s power. Falling prices, tax credits, and financing through home equity and Title I loans will continue to push the use of pollution friendly systems higher.

The assault on personal information is staggering, and cyber security continues to be a hot button financial area. The rise in criminals filing fraudulent tax returns and claiming tax refunds has led to the proposal of the Social Security Identity Defense Act of 2015. The IRS only recently agreed to release phony tax returns to the rightful taxpayer to assist them in figuring out what exactly has been stolen. This follows the IRS revealing a data breach last month that resulted in personal information being stolen from over 100,000 tax returns. The Defense Act will require the IRS to notify potential victims of identity theft, something that hasn’t been required in the past.

Bitcoin was all the rage in 2013 as the price zoomed up over $1,000. The virtual currency roughly halved in 2014, and the price has steadily fallen to the current level of $225. There is some reason for optimism, as noted by Bloomberg writer Katie Brenner. She notes that some banking institutions have implemented bitcoin friendly technology, while Coinbase, a startup that stores bitcoins, received $75 million in funding. That the currency hasn’t completely faded is positive, but it’s a far cry from replacing the dollar, as was speculated years ago.

Dan Forbes is a regular contributor on financial issues. He is a CFP Board Ambassador. He leads the firm Forbes Financial Planning, Inc in East Greenwich, RI and can be reached at [email protected]