Skip to content
ECONOMY
June 5, 2015 Joy Mitra 0 Comments bizarre attacks on the central bank"., Now it's more than 10%, which led to an IMF bailout 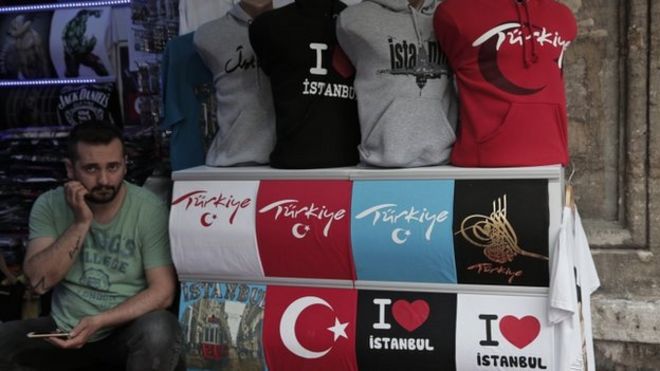 Turkish voters on Sunday will elect a new government.

Politically, Turkey has been dominated by the Justice and Development Party of the President, Recep Tayyip Erdogan, for more than a decade.

The party, often known by its Turkish language acronym, the AKP, is likely to put in a strong performance again this time, but it faces significant challenges to its dominance.

One factor, among several, is the flagging performance of the country’s economy.

So how has Turkey’s economic performance been under the AKP?

Since the party came to power, following an election in late 2002, the economy has expanded by 68%, equivalent to an average annual growth rate of 4.5%, despite two bad years (2008-09) at the height of the global financial crisis.

That’s well short of China’s growth performance, but as Turkey is a more advanced emerging economy you wouldn’t expect it to grow as fast.

Perhaps a more appropriate comparison would be that Turkey’s growth was stronger than South Africa or Brazil managed in the same period. It’s about the same as Chile, often seen as something of a poster child for managing an emerging economy.

It’s worth recalling the circumstances in which the AKP came to power. It was in the aftermath of Turkey’s own financial crisis, which led to an IMF bailout. 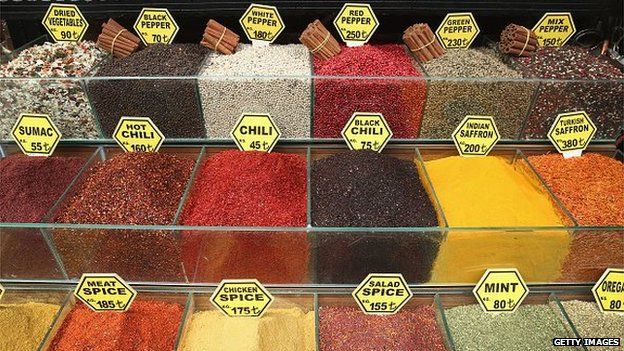 Inflation has also been a very different story when set against Turkey’s previous history. For most of the AKP’s time it has been in high single figures. Any western central bank today presiding over that sort of performance would be considered a failure. But in the case of Turkey the contrast with the immediate past is stark. There were years in the 1990s when it was over 100% – that is to say, prices doubled in a year.

Less than two years ago, the President of the World Bank, Jim Yong Kim, said: “Turkey’s economic achievements are an inspiration for many other developing countries.”

Last year, however, the Turkish economy slowed. It grew 2.9%. The IMF’s forecast for this year is only slightly better.

Unemployment has increased. It dipped below 8% three years ago. Now it’s more than 10%.

Turkey has a substantial deficit in its international trade. The most widely used measure is the current account, which covers trade in goods and services and some financial transfers.

In Turkey that was in the red to the extent of 5.7% of annual national income, or GDP, last year, down from close to 8% the year before.

It’s an issue because it has to be financed by funds from abroad. As long as foreign investors are prepared to lend to Turkish borrowers and buy their financial assets that kind of current account deficit is bearable.

But if foreign investors take fright, or simply feel they can make better returns elsewhere, the situation can turn ugly.

That was one of the features of the wave of emerging market financial crises that erupted in Thailand 1997 and which later hit Turkey, leading to the IMF bailout two years later.

In an assessment of the Turkish economy in late 2014 the IMF said “capital flow reversal remains the main risk”. The report continued: “A sharp decrease in inflows would… lead to a recession.” 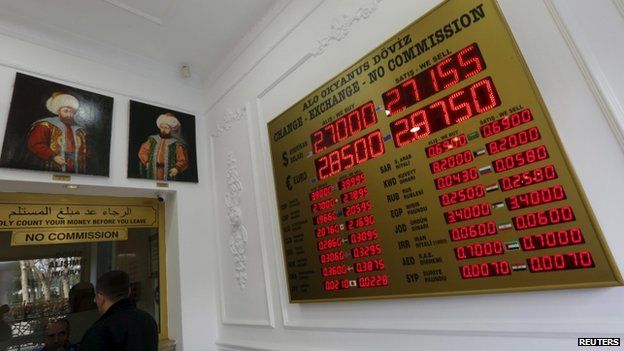 We have already had a taster in an episode known as the “taper tantrum”. That was in 2013 when the US Fed started talking about winding down its programme of buying financial assets to stimulate the American economy.

Investors started thinking that US assets would yield better returns than they had previously. We may well experience a similar reassessment later this year if, as expected, the Fed starts to raise interest rates from their current lows. It might lead to more investment heading out of emerging markets back to the US.

During the taper tantrum, Turkey was identified as one of a group known as the “fragile five”.

Some say it is still vulnerable to the same kind of shock.

The London consultancy Capital Economics says: “Turkish banks’ external debt has risen in recent years, making both the banking sector and the real economy vulnerable to an external shock.” There is though some comfort, the firm says, because “the vast majority of loans are still denominated in local currencies”.

That is helpful because if debts are in foreign currency they become more expensive to repay if the home currency falls sharply – which is exactly what tends to happen if investors pull their money out. 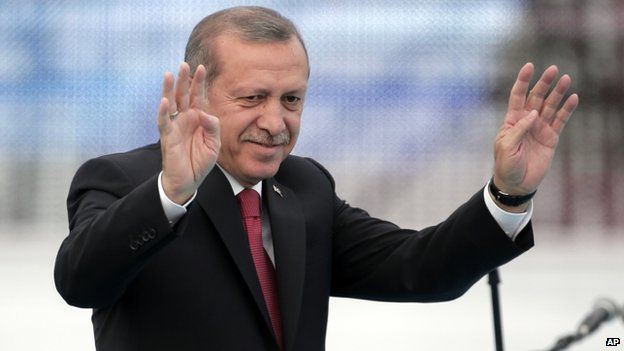 Is the political situation an economic issue?

Some argue that Turkey’s politics make it vulnerable. Viktor Szabo of Aberdeen Asset Management describes recent developments in Turkey as a “drift towards an autocratic state”. He writes: “The president’s mere attempt to seek more power for himself is alarming investors who were already spooked by his government’s persistent failings.”

President Erdogan has certainly expressed some unorthodox views on economic policy. He has suggested that higher interest rates cause higher inflation. He has also described the defence of higher rates as treason.

That has not gone down well with international investors. The inflation theory is the reverse of what they all believe and they became very wary about what they see as political pressure on the central bank to cut rates. Viktor Szabo says President Erdogan has launched “several brazen and bizarre attacks on the central bank”.

He describes the president’s agenda as an attempt to “effectively ‘Putinise’ Turkey by giving himself and his party more power. [It] is as dangerous economically as it is democratically.”