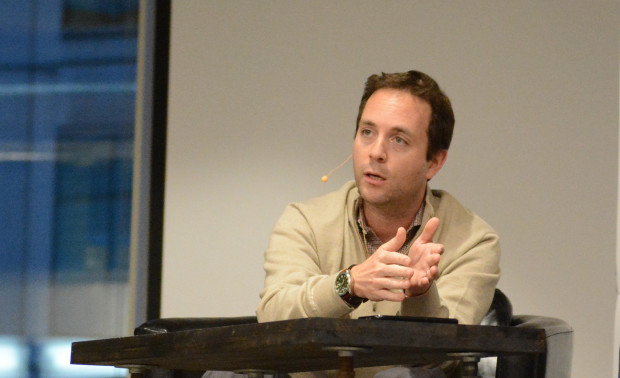 Shares of Zillow jumped more than four percent on Friday after rumors circulated that the Seattle-based online real estate powerhouse might be an acquisition target, with Google as one possible suitor.

Unusual trading patterns on Friday led to the Wall Street chatter, and Zillow tells us that they don’t comment on “rumors.”

An acquisition of Zillow, which now employs more than 2,000 people and boasts a market value of $5.3 billion, would be transformative in the real estate arena. It also seems a bit far-fetched so soon after Zillow gobbled uprival Trulia, a $2.5 billion acquisition that closed in February after heavy government scrutiny.

Buying a company that’s in the midst of integrating a large organization such as Trulia seems risky. Zillow CEO Spencer Rascoff also has said that he wants to build a long-lasting brand in real estate, and given that he may not want to sell.

Even so, industry watcher Brad Inman, who runs the real estate news service Inman News, thinks something is brewing.

“My nose tells me something is marinating at Z, and it may or may not be another ‘Oh my gosh, are you kidding!’” he wrote.

Shares of Zillow are down 13 percent this year, but were up 4.5 percent this morning, trading above $90 per share.

Google has toyed with real estate search in the past, but abandoned its efforts in 2011. Here’s what Google wrote at the time of its decision to get out of the real estate arena, opening the door wider for companies such as Trulia and Zillow.

In part due to low usage, the proliferation of excellent property-search tools on real estate websites, and the infrastructure challenge posed by the impending retirement of the Google Base API (used by listing providers to submit listings), we’ve decided to discontinue the real estate feature within Google Maps on February 10, 2011.

We’ve learned a lot and been excited to see real estate companies use Google Maps in innovative ways to help people find places to live, such as Coldwell Banker’s use of Google Maps and YouTube, or Realtor.com’s Android app that lets you draw a shape on a map to find all properties you’re interested in.

Yet we recognize that there might be better, more effective ways to help people find local real estate information than the current feature makes possible. We’ll continue to explore this area, but in the meantime, Google offers other options to home-seekers: you can still access other information in Maps such as local businesses, directions and transit times, as well as aerial and Street View imagery to explore where you might want to move, and also use Google search results to find helpful real estate information and websites.