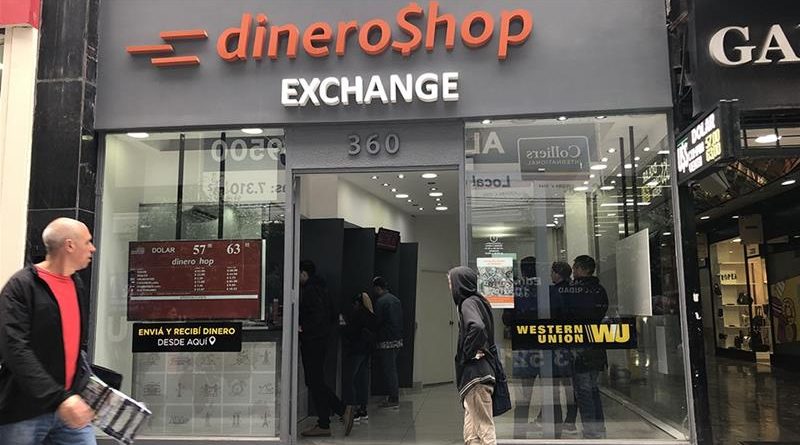 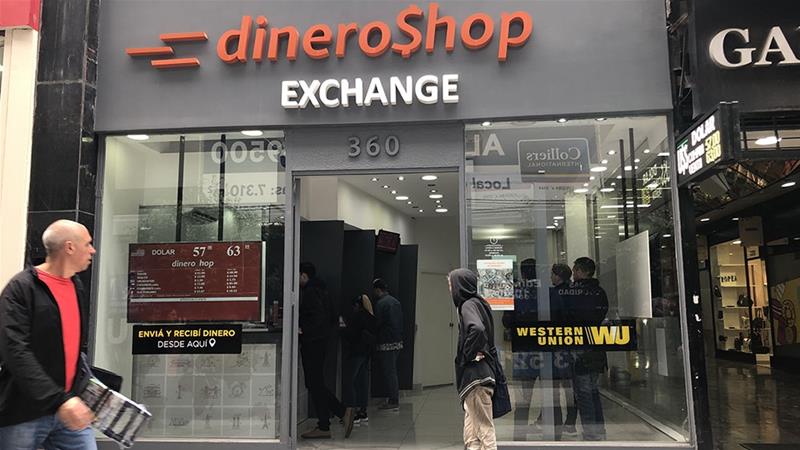 Buenos Aires – Ariel Cesar Pereyra experienced his first financial crisis in 1975 when he was only 10 years old. “It seems like yesterday,” the 54-year old taxi driver tells Al Jazeera.

At the time, Argentina’s postal service offered savings accounts to teach children like Pereyra the value of money. They were encouraged to invest their allowances and spare coins in stamps, which were glued into a special booklet and could be traded, when necessary, for cash.

In three years, a young Pereyra had collected enough stamps to buy himself a bicycle. “Then out of the blue, the government announced a 100 percent devaluation and my savings evaporated overnight,” Pereyra recalls. “That taught me a lesson all right. Spend what you have while it’s worth something or buy dollars and stash them at home.”

But it is one thing to learn a lesson, and another to put it into practice. 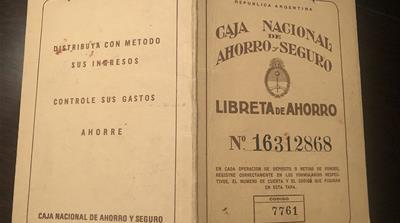 Special booklets like these were once issued by post offices in Argentina to encourage children to save. Instead, many of them learned an even tougher lesson when their savings were wiped out by soaring inflation [File: Monica Yanakiew/Al Jazeera]

Since November, individual Argentines have been limited to buying only $200 a month by debiting peso accounts, while cash purchases of United States greenbacks have been restricted to $100. The new rules also restrict the use of credit cards for gambling or buying cryptocurrencies abroad.

The currency controls, the second batch in two months, were announced by the central bank hours after conservative President Mauricio Macri lost his bid for re-election on October 27 and will stay in place at least until his successor, President-elect Alberto Fernandez, takes office on December 10.

While Fernandez has not yet said definitively what will happen to currency controls once he takes office, lifting them without inducing tremors is just one daunting challenge he faces to fulfil his promise to revive the country’s crisis-torn economy.

A ‘cat and mouse’ game

Such curbs are anathema to free-market champions like Macri, but were imposed after his resounding defeat in primary elections in mid-August sent the peso plummeting in value.

The Central Bank has spent more than $22bn since the August primaries to shore up the peso and arrest spiralling inflation which is currently forecast to top 55 percent this year.

“Macri did everything he could to avoid capital controls, because it’s against his market-friendly principles and eliminating the ones imposed by his predecessor [Cristina de Kirchner] was one of the first measures he took, after being elected in 2015,” political analyst Roberto Bacman tells Al Jazeera. “By reinstating them, Macri is unwittingly admitting that, after having criticized the previous government’s interference in the economy, he had no alternative solution to keep inflation in check.”

In the short term, Macri’s capital restrictions helped stabilise foreign exchange reserves at $43.5bn, paving the way for Kirchner’s return to power as vice president. But given the country’s history of hyperinflation, Argentines have become adept at getting ahead of any official moves limiting their access to greenbacks.

“It’s a cat and mouse game,” says Pereyra. “At the slightest sign that there may be a devaluation, Argentines rush to trade pesos for dollars, leading to a self-fulfilling prophecy.”

Currency controls have been part of Argentina’s economic crisis tool kit since the 1930s.

In October 2011, as now, Argentina was facing capital flight and rising inflation. Soon after being elected for a second presidential term, Kirchner introduced restrictions that required Argentines to explain where their money had come from and prove that they had paid taxes before they could buy dollars.

“Outsmarting the government is a national sport. The result was the appearance of more than a dozen parallel exchange rates,” economic journalist and author Carlos Burgueno tells Al Jazeera.

The unofficial, parallel exchange rates included “blue dollars” that were sold on the streets of Buenos Aires; slightly more expensive “suburban dollars” that were traded on the outskirts of Argentina’s capital; and “light blue dollars”, an average of the official and black-market rates, used in real estate transactions, to split the losses between buyers and sellers. There was even the “Corte Ingles dollar” or “Saks Fifth Avenue dollar”, named after the Spanish and American department stores.

“Argentine tourists would buy a gift card at these stores, using their credit cards, then tell customer service they had changed their mind, and return it for cash,” says Burgueno. “One of many subterfuges to get a hold of dollars at the official rate and sell them back home on the black market.”

Omar, a 62-year old retired football referee, works as an “arbolito” (or small tree) – the nickname given to black market traders who stand on the busy sidewalks of Buenos Aires peddling currencies.

Al Jazeera withheld his surname to protect his privacy. “During the previous government, I was selling blue dollars at twice the official rate,” Omar tells Al Jazeera. “That difference ceased to exist when Macri lifted restrictions. Now they’re back, but demand is not the same as before. People have less money to save.” 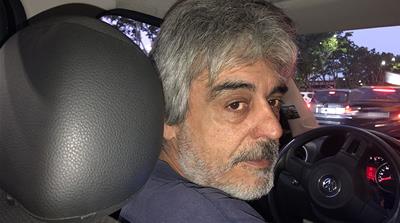 ‘It’s a cat-and-mouse game,’ says Ariel Pereyra, referring to monetary policies designed to stop foreign capital flight and arrest inflation. ‘At the slightest sign that there may be a devaluation, Argentines rush to trade pesos for dollars, leading to a self-fulfilling prophecy’ [File: Monica Yanakiew/Al Jazeera]

The dollar price, in pesos, has quadrupled over the last four years and Macri’s restrictions have stopped greenbacks from flowing out of the central bank. But the curbs are a double-edged sword for the economy.

“They also keep them [US dollars] from coming in,” economist Roberto Cachanovsky tells Al Jazeera. “Investors don’t like to put their money in a country if they don’t know when and if they’ll be able to pull it out. Nobody likes to feel trapped.”

Tour agent Ana Catolino knows that first-hand. She used to have a lucrative business organising trips for scuba divers and bicycle riders around the world until the new capital controls were put in place.

Catolino, like many Argentines, wants the currency curbs lifted as soon as possible. But some economists say that while the restrictions may be slightly adjusted, it is unlikely they will be eliminated any time soon.

Fernandez is inheriting a litany of economic ills. In addition to rising inflation, Argentina has rising poverty levels, double-digit unemployment, an economy forecast to contract 3 percent this year, and more than $100bn in sovereign debt that the country must successfully renegotiate with international creditors or risk default.

“Before lifting these restrictions, the new government will have to take a U-turn and take the necessary measures to lower interest rates, limit speculative capitals and create incentives for the real economy to grow.”