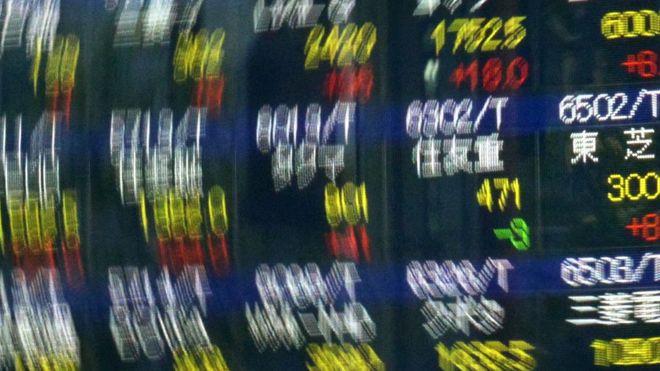 Shares in Asia were mixed on Wednesday following rallies across several markets earlier in the week and despite gains on Wall Street.

Some of the country’s big exporters held back the index, including Toyota which shed 2.8%.

Woodside Petroleum, Australia’s largest independent oil and gas company, posted a 99% fall in profits for the 12 months to December, sending its shares down 7%.

Meanwhile, the largest franchisee for the Domino’s Pizza brand outside the US – Domino’s Australia – posted a more than 55% rise in profits for the six months to December. The firm also announced its second profit upgrade since December. Its Sydney-listed shares rose more than 10% on the news and finished the day up 6%.