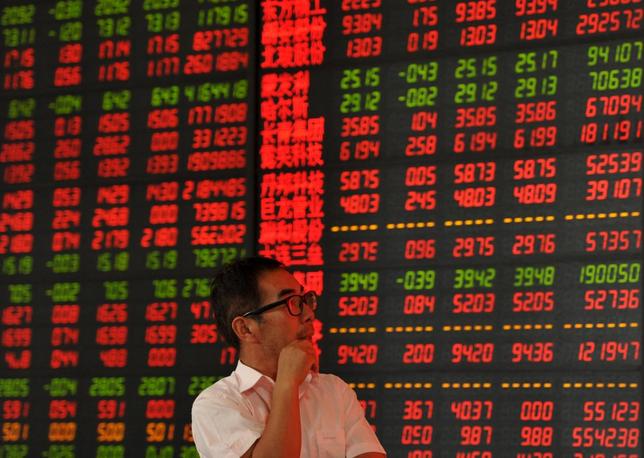 Including Chinese mainland stocks in MSCI Inc’s emerging markets index will have a significant impact for global investors in funds tied to the index given the weighting and volatility of the shares, a Reuters graphical data analysis shows.

The U.S. index provider said last week it expects to add so-called China A-shares after a number of remaining market accessibility issues are resolved, and it could make that decision outside its annual review. Chinese A-shares are those listed in Shanghai and Shenzhen and denominated in yuan.

If included, China’s weight in MSCI’s Emerging Markets Index would jump to 43.6 percent from the current 25.3 percent, according to data from the end of May, and the index’s exposure to other countries would get squeezed as a result.

Among the other BRIC nations, for instance, India’s weighting would fall to 5.2 percent from 7 percent, Brazil would drop to 5.5 percent from 7.3 percent, and Russia would ease to 3 percent from 3.9 percent.

On a combined market capitalization basis, the new Chinese securities additions together would total some $1.53 trillion, the biggest of any one region, based on the current securities in the MSCI China A International Index and MSCI Overseas China Index. The two indexes comprise the stocks that will be added to the emerging market benchmark when MSCI gives the go-ahead.

Making room for China A-shares in the global benchmark also will have a profound impact on the index’s performance, if for no other reason than their enormous weighting.

China is already the largest weight in the index and is almost twice the size of second place South Korea at 14.6 percent. With the addition of the A shares, China will weigh in at nearly four times South Korea’s position and will match the combined weighting of the next seven largest constituents.

From the end of last June to the end of May, MSCI’s emerging markets benchmark fell 2.6 percent as the best-in-index performance of the current Chinese members, up 32 percent, was outweighed by dismal showings from the likes of Brazil, down 31 percent; Russia, off 25 percent; Mexico, down 11 percent; and South Korea, 10 percent lower.

Chinese A shares, however, have far outperformed not only other Chinese stocks, but all of the 22 other countries in the index, with the MSCI China A International Index up 128 percent in the same period.

Had they been included in the benchmark during that period, their excessive weight would have more than offset the influence of the laggards.

That breakneck performance, however, has begun to raise questions about the sustainability of the advance, and some red flags have begun to appear.

In May, senior Chinese executives stepped up the pace of selling their own companies’ shares [ID:nL3N0YX1MP], and shares of top mainland brokerages, big beneficiaries of the share buying spree by domestic investors, are now in the red on the year.