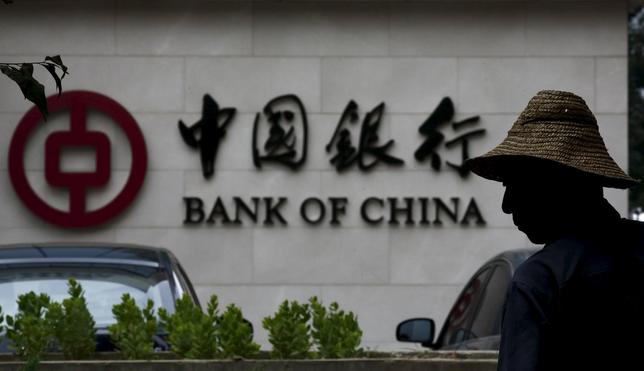 China is looking for new ways to lower stubbornly high long-term borrowing costs and stop the fruits of its looser monetary policy being pumped into speculative plays instead of supporting its slowing economy, policy insiders say.

Beijing has attempted to cushion the slowdown by twice freeing banks to lend more this year and cutting interest rates three times since November, but banks have been reluctant to make long-term loans to businesses to avoid bad debts.

“Recent monetary easing has shown little effect on stabilising growth. There are concerns that money is flowing into the stock market instead of the real economy,” said a senior economist with a well-connected think-tank.

In a bid to reverse that trend, policy insiders say the People’s Bank of China (PBOC) is now likely to act to push down longer bond yields and mop up excess short-term funds – a manoeuvre that runs the risk of creating a credit crunch in the money market if overdone.

“The central bank could inject more long-term liquidity in order to guide the money into the real economy, while keeping a lid on short-end cash,” said an economist who advises the government. He likened it to a stimulus measure dubbed “Operation Twist” launched by the U.S. Federal Reserve in 2011 when it sold short-term Treasury bonds and bought long-term bonds to push longer-term yields down.

The PBOC will use other means to achieve a similar result, however.

China’s policy efforts so far have brought short-term interbank rates down rapidly, with the benchmark seven-day repo rate CN7DRP=CFXS dipping to around 2 percent from nearly 5 percent earlier this year, but long-dated sovereign bonds yields have actually risen in that time, on worries about plans to refinance local government’s huge debt load, undermining the intention of monetary policy to spur activity.

The weighted average lending rate for companies, at 6.56 percent in March, has barely shifted since December, according to PBOC data, and real rates could be much higher, given factory price deflation.

“The yield curve is steepening after cuts in interest rates and bank reserve requirement – contrary to the goal of monetary policy,” said Zhou Hao, an economist at ANZ in Shanghai.

“The central bank hopes to balance it out by pumping out more cash on the long-end and draining some on the short-end.”

Already there are signs the People’s Bank of China is trying to manage the yield curve.

Reuters reported last month that it had drained cash from selected banks through repurchase agreements that were not publicly revealed. [ID:nL3N0YJ2QQ]

It has also provided loans of 263 billion yuan ($42 billion) to China Development Bank to fund housing renovation projects via pledged supplementary lending (PSL) so far this year, and lowered interest rates on PSL to 3.1 percent from 4.5 percent.

Tao Wang, China economist at UBS, says the PSL operation, which was launched in 2014 to influence medium-term lending rates and boost liquidity to specific sectors, could hit 1.5 trillion yuan this year.

The central bank has also said it will expand a pilot scheme on credit asset pledged relending, a new policy tool that analysts expect to target smaller firms.

But under current circumstances, changing the gradient on the yield curve is an uphill task, said another economist who advises the government.

“As the economy slows, risk appetite tends to rise, which could push up overall borrowing costs. It’s not easy to bring down the long-end interest rates and we cannot rely on the central bank alone,” he said.