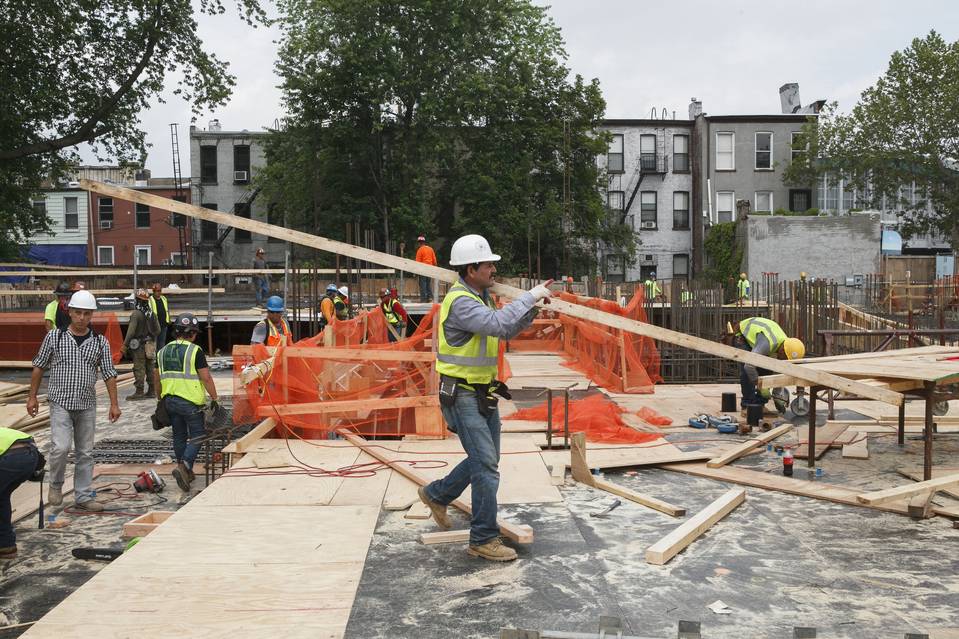 Just six days before the expiration of a lucrative tax break for real-estate developers, the New York City Department of Buildings issued a flurry of permits for the construction of a 40-story rental tower and shopping complex a few blocks from the Coney Island boardwalk.

It was part of a surge in activity by developers and architects looking to make sure buildings qualified for tax incentives under the program known as 421-a. The program, which conveys more than $1 billion a year in benefits to developers, expired at midnight Monday.

If Mayor Bill de Blasio’s plan is adopted by the state Legislature as drafted, it would extend the deadline until the end of the year, giving the city time to develop new rules for the program, a mayoral aide said.

In April, 5,546 New York City residential units received construction permits, the most during any single month in the past five years, according Census Bureau figures. April was the most recent month for which figures were available.

About 80% were in Manhattan and Brooklyn, some concentrated in very large buildings.

Under 421-a, new construction of multiple dwellings receives partial tax exemptions for up to 25 years.

“Our goal is to get our permits as quickly as possible,” said Dennis Hasher, who is working on the 418-foot-high Coney Island tower for developer Cammeby’s International Group. “Real-estate taxes are a very significant cost.”

There are indications from architects and developers that strong permit activity continued in May and early June. The city said its count of buildings receiving permits was up 40% in May from a year earlier—the highest May total in at least four years.

The surge has happened before.

In June 2008, just before a series of limits on the 421-a program took effect, permits for 17,128 housing units were approved in a single month, according the Census Bureau. That made 2008 the biggest year for permits in the city since 1972.

Alan Goldstein, a partner in Goldstein, Hill & West Architects, said that in a number of recent developments handled by his firm “one of the project goals was to make sure we qualify for 421-a.”

He said all his projects made it under the wire. “It has been our experience that the building department has been trying very hard to get through all the projects that could qualify for 421-a,” he said.

The real-estate industry views the deadline push by developers as a sign of 421-a’s crucial role in making development viable, given high costs for land and construction. “There is a rush to get in the ground; that is why we need 421-a,” said Michael Slattery, senior vice president for research at the Real Estate Board of New York, a trade association.

But the Community Service Society and other advocates for the poor see 421-a as an unneeded subsidy for developers which forfeits tax revenue that could pay for important government programs. 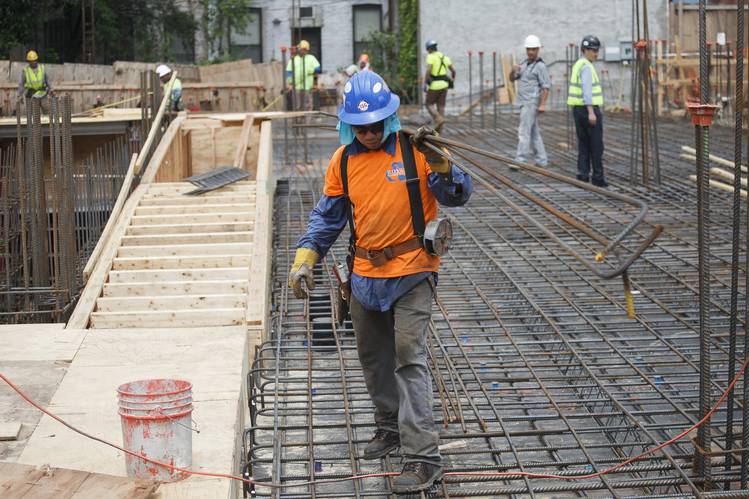 Workers at the 470 Fourth Ave. site in Brooklyn.PHOTO: ANDREW HINDERAKER FOR THE WALL STREET JOURNAL

Although 421-a could be extended, developers want to make sure they are grandfathered in under the current rules. To do so, they must have permits for the entire building in place, and to have begun construction—typically by pouring at least the start of a foundation.

Ariel Aufgang, principal of Aufgang Architects, said that in the past two weeks or so he had gotten city approval for more than 930 apartments in eight projects in Brooklyn, Queens and Manhattan. He said developers are driven by uncertainty over the future of 421-a.

During May, the Department of Buildings introduced extra evening hours when architects could meet with plan examiners to discuss objections. This allowed developers, Mr. Aufgang said, to compress two months of back and forth into a week or two. “I was able to go every Thursday night, three weeks in a row,” he said.

But Alexander Schnell, a spokesman for the Department of Buildings, said the city is providing no special favors to 421-a projects. He said many projects approved recently had been submitted as long as a year ago, and were approved only when developers took the time to resolve objections to the projects.

“We’re not giving any special preference to approving these projects,” he said.

In May, Mr. de Blasio called for an overhaul and extension of the 421-a program that would end eligibility for condos and require developers across the city to provide affordable housing.

As currently structured, the program requires developers in Manhattan and in certain strong markets in other boroughs to provide affordable housing in exchange for receiving 421-a benefits, while exempting developers in other neighborhoods from the requirement.

The mayor’s overhaul faces opposition from construction unions that want to require higher wages on construction jobs in the 421-a program, especially outside Manhattan. The outcome is far from certain.

The Coney Island tower—on Neptune Avenue near Brighton Beach and Sheepshead Bay—is to have 544 apartments, 890 parking spaces in a three-story garage, spaces for 296 bicycles and a renovated shopping center.

A permit application was filed in January, but it wasn’t until June 1 that the project got zoning approval. On Tuesday, the building permit was issued, after four separate reviews by Department of Buildings.