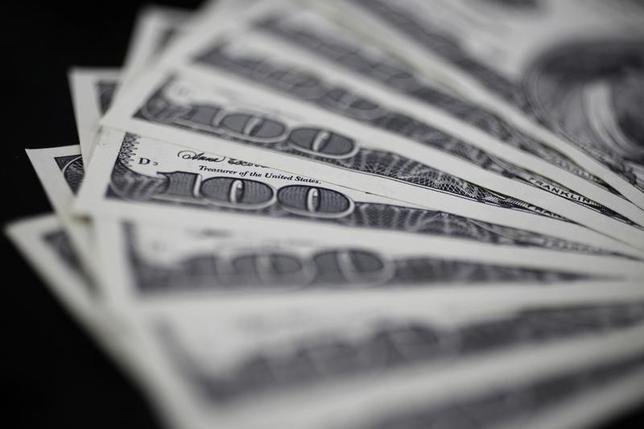 The dollar retreated on Wednesday as crude oil prices descended to near 13-year lows, hitting risk asset markets and putting safe-haven currencies such as the Japanese yen back in favour.

The dollar was down 0.4 percent at 117.20 yen. The greenback had risen as far as 118.115 overnight on a bounce in crude oil prices. But it gave up those gains after the rise in the battered commodity proved temporary. The dollar also slipped against the Swiss franc, another safe haven.

With the ebb and flow in risk appetite having dictated movements in major currencies so far this year, the focus remained on the fortunes of the commodity and equity markets.

“The performance of equities, particularly Wall Street, dictates the direction of dollar/yen. Equities have developed a relatively strong correlation with crude, and if the fall by the commodity should continue, we could see dollar/yen slip below 116.00 soon,” said Junichi Ishikawa, market analyst at IG Securities in Tokyo.

U.S. crude slid to its lowest level since September 2003 after the International Energy Agency said the global oil glut was set to last. The oversupplied market faced additional pressure this week after international sanctions against major oil producer Iran were lifted.

Japan’s Nikkei was down 2.2 percent and Shanghai shares reversed course and lost more than 1 percent.

The greenback will look for potential relief in the U.S. housing, construction and consumer price data due later in the session. Upbeat numbers could help shore up prospects of the Federal Reserve hiking interest rates again and support the dollar.

The Australian dollar, often used as a proxy for China-related trades, was down 0.4 percent at $0.6884. The Aussie had risen 0.6 percent on Tuesday as beleaguered Shanghai shares rallied but lost support as Chinese equities buckled again on Wednesday.

The Canadian dollar was headed for its 13th straight trading day of losses against its U.S. counterpart as oil resumed its fall. The loonie was at C$1.4612 per dollar, within sight of a 13-year low of C$1.4650 struck on Monday.

The Bank of Canada (BOC) will make a decision later on Wednesday whether to cut interest rates to counter the negative economic impact from the continued slide in oil prices.

“Investors have rapidly moved to price in greater risk of a cut from the BOC this week, partly driven by lower oil prices in the wake of the shift in sanctions on Iran,” wrote currency strategists at CitiFX.

“With longer-term investors having lagged the leveraged sector in selling the Canadian dollar, there should be scope for catch-up and further downside on spot.”

The New Zealand dollar skidded to a four-month low of $0.6366 after soft domestic inflation data narrowed the odds on further interest rate cuts.

Elsewhere, sterling struggled near a seven-year low after being hit on Tuesday by dovish comments from Bank of England Governor Mark Carney. The BOE head said he had no set timetable for raising interest rates, warning of more damage to come from a slowing Chinese economy.