Skip to content
INVESTING
June 10, 2015 Joy Mitra 0 Comments debate on the timing of interest, Treasury was trading around 2.44 percent, vice chairman of the monetary- 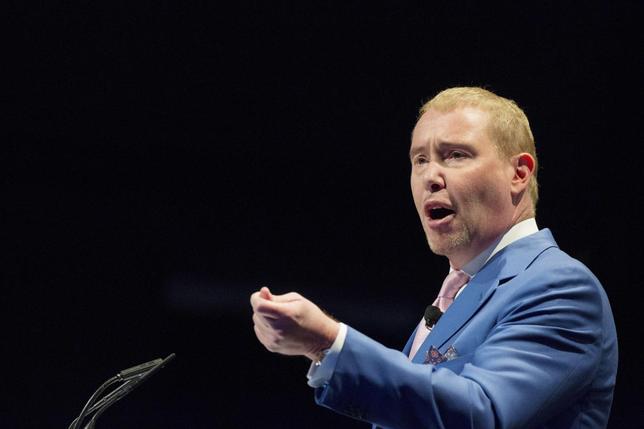 Jeffrey Gundlach, chief executive of investment firm DoubleLine Capital, said on Tuesday he still believes the U.S. Federal Reserve will probably not raise interest rates this year, in part because of a lack of wage inflation.

Gundlach, reiterating his Federal Reserve call first made in early May, said on a client webcast that odds of a Fed rate increase in December are less than 50 percent and under 30 percent in September.

The odds of a September interest rate hike “weirdly” have risen, Gundlach said. “I would take the under on that … I think the odds of raising rates by December is less than 50 percent,” he added.

“If you take out your magnifying glass, you might convince yourself that hourly earnings are actually rising,” Gundlach said, noting the figures haven’t risen meaningfully in the current economic cycle.

The debate on the timing of interest-rate hikes rages on.

Federal Reserve Bank of New York President William Dudley, speaking in the wake of the May jobs report, said on Friday that he continues to believe the U.S. central bank is on track to raise interest rates this year.

The government reported a robust rate of hiring, with payrolls expanding by 280,000 jobs. The jobless rate ticked up to 5.5 percent from 5.4 percent in April, while wage gains picked up.

Dudley’s outlook on the economy and monetary policy is critical given that he serves as vice chairman of the monetary-policy-setting FOMC.

Last year, Gundlach correctly forecast that U.S. Treasury yields would fall, rather than rise as many expected, because inflationary pressures were nonexistent and technical factors such as aging demographics were at play.

Gundlach said on Tuesday that he still expects interest rates to end 2015 where they started, around the 2.20 percent to 2.25 percent range. On Tuesday, the 10-year Treasury was trading around 2.44 percent.