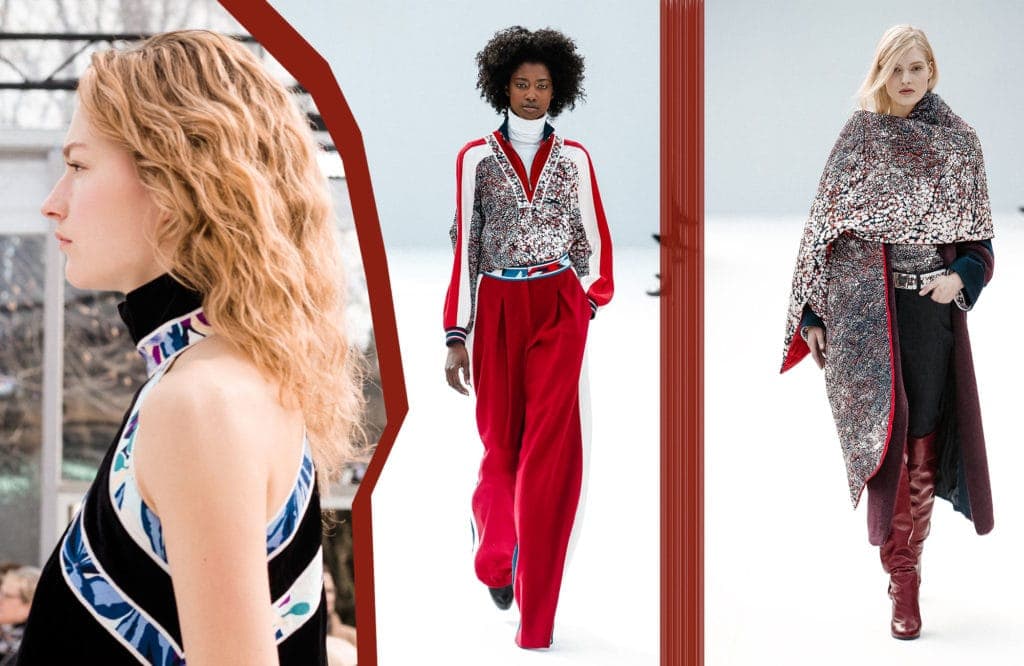 A runway surrounded by guests who are either at least 30 minutes late or waiting. Actually, almost every fashion show could be described with this sentence. Nevertheless, each of them is different in a very own way – not just because of the presented collection, but also because of the feelings and inspiration. This also applies on the following four examples, of which you might have already seen some sneak peeks in my Instagram stories. Let’s dive in some of this season’s most inspiring shows!

Clothes in their own universe. Such as Thom Browne’s designs are always more than extraordinary, so are his exceptional shows. Also this season, he managed to take his guests into another world for almost 15 minutes. To be exact, it was the world of the French painter Élisabeth Vigée-Lebrun. As a portraitist of Marie-Antoinette, she was one of the most popular artists of the mainly men-dominated 18th century. However, instead of taking her story as the only inspiration, Browne translated Vigée-Lebrun’s mindset into the present days. Besides the greyish designs with oversized silhouettes and feminine details, this inspiration was underlined with the choice of songs. The show started off with Madonna’s “Vogue” that was followed by a theatrical melody for the main part of the show. When “Who Let The Dogs Out” started to lead into the finale, a mistress dressed in a queen-like gown walked down the runway holding the leashes of four male models in high-heels and dog heads. In times of #MeToo and “Time’s Up”, the message was pretty clear.