Based on a new report by JLL, total direct real estate investment reached just over $700 billion in 2015 – on par with 2014 levels – with further modest expansion predicted for 2016. Institutional investors continue to allocate significant capital to real estate, and they are broadening their investment to include segments such as student housing, healthcare and the private rented residential sector in markets outside the U.S. 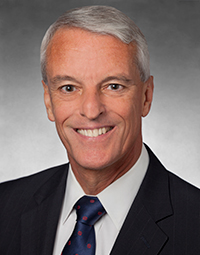 As business and political leaders convene to discuss global issues at the World Economic Forum annual meeting in Davos, Switzerland, it is clear that real estate has established itself as a key driver of economic growth in both established and emerging cities across the globe. The top 30 cities accounted for nearly half of total global real estate investment in 2015.

According to Colin Dyer, CEO of JLL, “As we mark another year of robust commercial real estate investment, we are optimistic the market is still on track to average $1 trillion per year by the early 2020s. While the ‘Big 6’ cities of New York, London, Tokyo, Paris, Hong Kong and Singapore will continue to lead in terms of transactional activity, we anticipate more cities will become investible and challenge the ‘Big 6.'” 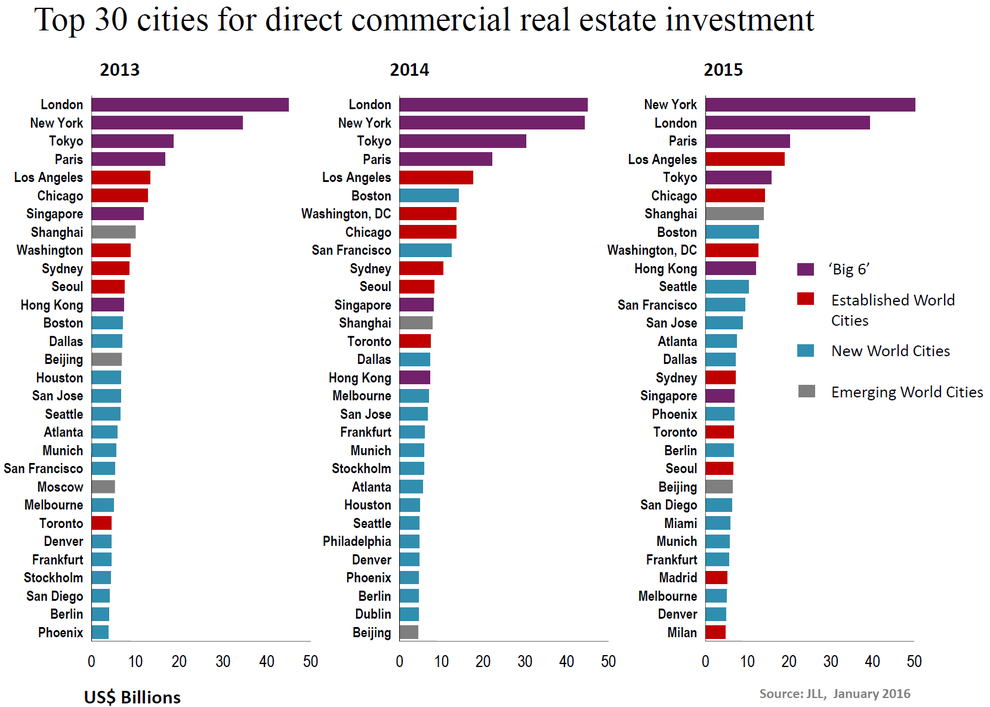