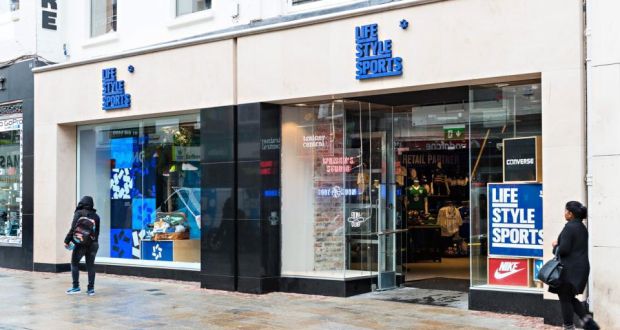 Style Sports at 57/58 Grafton Street, Dublin 2, seem likely to be bought by an Irish or overseas institution when they go for sale today.

Diane Crean of Savills is guiding €16 million for the investment which will show an initial yield of 4.04 per cent after standard purchasing costs.

Life Style has provided a superb fitout of its new store which has been leased for 20 years with break options in years 10 and 15. The initial rent is €675,000 per annum.

Life Style’s parent company Stafford Holdings Ltd has guaranteed the rent and a bank guarantee is also in place.

The selling agents say the investment offers considerable reversionary potential largely because of the shortage of similar trading positions on the high street and the recovery taking place in the retail sector.

The new shop replaced Zerup and Richard Alan which were acquired during the boom by developer Bernard McNamara as part of a larger plan to create a new street running from Grafton Street back to South William Street and Drury Street – a brave adventure with a lot of merit.

He is thought to have spent around €25 million alone on acquiring the two Grafton Street shops.

Receivers Duff & Phelps are understood to have spent in excess of €1 million amalgamating and refurbishing the four-storey over basement buildings which extend to 1,150 sq m (12,400 sq ft).

The retail areas on the ground and first floor measure 604 sq m (6,500 sq ft) and as well as the 11m of frontage on to Grafton Street, the building also benefits from an entrance on to the bustling South King Street.