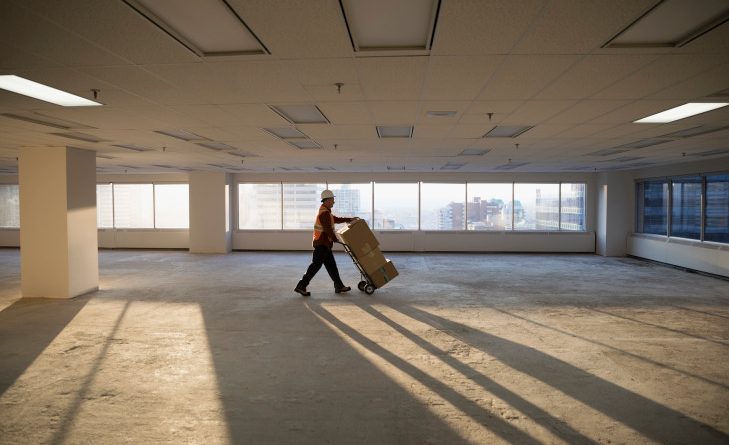 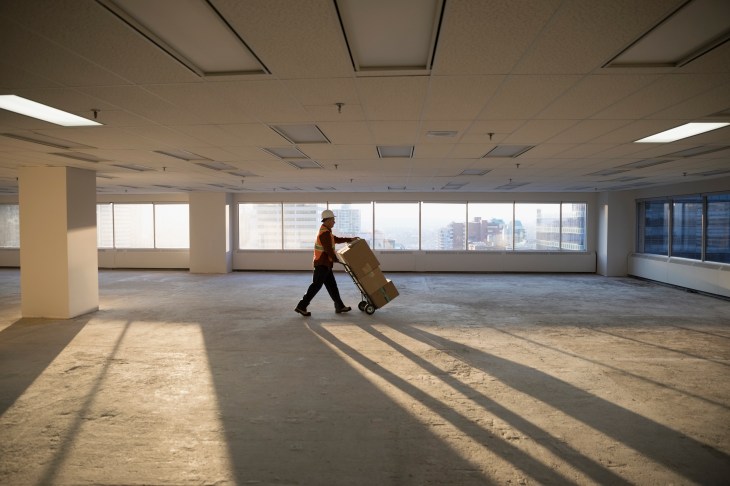 Months into this global pandemic, many questions remain about whether and when companies of all sizes will return to their offices and what will be required of the move. The future is so unclear that even people steeped in the real estate industry don’t have all the answers — though they’re starting to make educated guesses around what will happen next.

A trove of new data being released tomorrow by the commercial real estate services giant CBRE underscores the somewhat schizophrenic situation employees will be facing. Based on CBRE’s studies of 200 companies across the globe that say they are returning to the office, 59% say they will provide face coverings for their employees, 28% percent plan to require face coverings at all times, 21% will allow visitors to the workplace in the early phases of reopening, and 13% will conduct screening of employees on-site at every facility.

Yet deciding on the exact right patchwork of social distancing measures is just one piece of the picture. Until a vaccine materializes that can eradicate COVID-19, organizing office spaces will be just as challenging, as companies try striking a balance between employee safety and some semblance of normalcy. Indeed, the only certainty for many management teams is that they have to make some changes. Of the many questions CBRE posed in its survey, the most uniform answers centered on how many companies plan to establish space-use policies that reflect social distancing (80%) and how many plan to reconfigure their furniture layouts (60%).

Presumably, many will be ditching break rooms and even cafeterias. Others will be trying to ensure that employees are stationed at least six feet apart, or inviting people to work in shifts. But expect many other changes, too, suggest venture investors who are focused on real estate and construction tech and who are right now focusing on which technologies may be most in demand in the coming months and years.

It’s both personal and professional for the firms, which are still working remotely.

Consider Darren Bechtel, founder of Brick and Mortar Ventures, which focuses largely on construction tech and whose debut fund closed with  $97.5 million just nine months ago. Bechtel is working out of an Airstream trailer in the driveway of a rental property where he, his wife, and their young children are living because they both have work calls to make throughout the day. While racing inside and out is far from ideal, Bechtel says he’s not prepared to re-open Brick and Mortar’s Bay Area offices any time soon, even while California gradually reopens the state. “We’re in no rush; I’m erring on the side of being overly conservative.”

Brendan Wallace, cofounder of L.A.-based, prop-tech-focused Fifth Wall, is also hesitant to invite employees back to the office too soon, adding that in the meantime, he is “optimistically surprised by how productive our team is in a work-remote environment.”

Both firms are reluctant to put employees in harm’s way, of course, but like so many others, they are also thinking through whether their own spaces need to be redesigned now — and looking harder at different technologies in the process.

In separate calls, for example, both Wallace and Bechtel mention advanced air purifiers and air handling units used to re-condition and circulate air as part of a heating, ventilating and air-conditioning. Likely, both say, it will become a growing area of interest for building owners and developers.

Wallace also expects to see a more aggressive pick up of other smart technologies. He notes sensors that can determine how many people are in a room or pass through a turnstile. He points to facial recognition tech that help can keep points of physical contact to a minimum. He even imagines that more companies will embrace robots, to patrol buildings, and possibly to clean them, too.

Businesses now “have to take on a responsibility for tenants that they didn’t have before,” says Wallace. And as they “look to retrofit [their spaces] more ambitiously, we want to be ahead of that.”

Bechtel, for his part, thinks the industry may see demand for either individual private offices. He also thinks now may be the moment for materials companies that produce, say, antimicrobial textiles. “People have been developing [related] greener materials for some time but there wasn’t demand for it,” he says.

Because Brick and Mortar ventures is largely focused on construction tech, it will also be looking more vigorously at ways construction firms can improve the safety of job sites and improve productivity as they are re-imaging spaces that need to be redone. That might mean everything from contact tracing, to so-called reality capture software that creates 3D models out of photographs and laser scans.

It could also mean a surge in demand for off-site, pre-fabricated construction, he suggests. “If you’re limited by how many people can work in the field, and you have to put in controls for people not working on top of each other, the question becomes: how can you do the work in a more controlled environment, with a next-gen HVAC system [to purify the air] and markings on the floor?”

Says Bechtel, “People are now saying, ‘How much can we prepare off site?’”

No doubt that much of this tech and its adoption will depend on how long it takes for a vaccine that can eradicate COVID-19 to materialize. Should one come faster than expected, businesses may view major changes to their physical spaces as less of a priority. It’s human nature to quickly forget.

Still, as economies re-open, businesses, universities and other institutions have no choice but to develop plans of attack to prevent the virus’s spread, and some will presumably lead to permanent changes.

The investors hope so. Right now, says Wallace, “Buildings are dumb. For the most part, they just exist to keep heat and air conditioning in.”

Wallace expects that if anything good comes out of this situation, it may buildings that are made smarter and safer at long last — and that can adapt to health risks like this one.