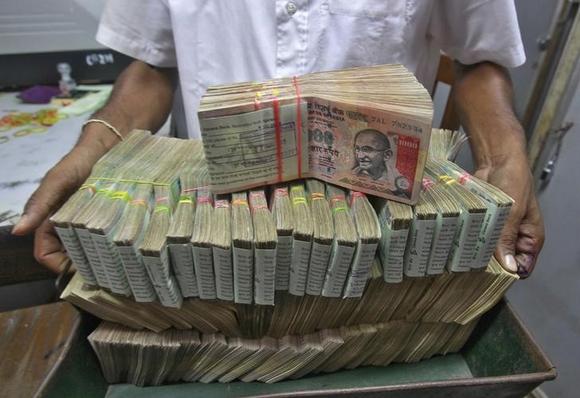 Indian markets rallied on Thursday, with the rupee rebounding from a 13-month low hit in the previous session, after the U.S. Federal Reserve said it would take a “patient” approach in deciding when to raise interest rates.

Reserve Bank of India Governor Raghuram Rajan had called the prospect of U.S. rate hikes a risk to emerging markets given expectations that overseas investors may pare their bets on higher-yielding debt of countries such as India.

Indian shares and bonds also benefited as Russia’s rouble stabilised after dramatic falls this week, reducing some of the fears of financial contagion to emerging markets.

Bonds and the rupee were still headed for their worst week since August, when global markets were roiled by rising tensions in the Middle East and uncertainty about Fed rate hikes.

“The fact that rate hikes will still be data dependant and Fed will be patient is positive for the rupee,” said Hari Chandramgethen, head of foreign exchange trading at South Indian Bank, who does not expect a Fed rate hike until June.

Fed Chair Janet Yellen told a news conference that “patient” meant the U.S. central bank was unlikely to hike rates for “at least a couple of meetings,” meaning April of next year at the earliest.

The benchmark 10-year bond yield was down 6 basis points on the day at 7.91 percent. The yield rose to 8.03 percent on Wednesday, its highest level since Dec. 1.