Skip to content
CURRENCY
June 10, 2015 Joy Mitra Australia and New Zealand Banking Group Ltd, whether the rain Gods will be kind or not, without giving any estimated figures 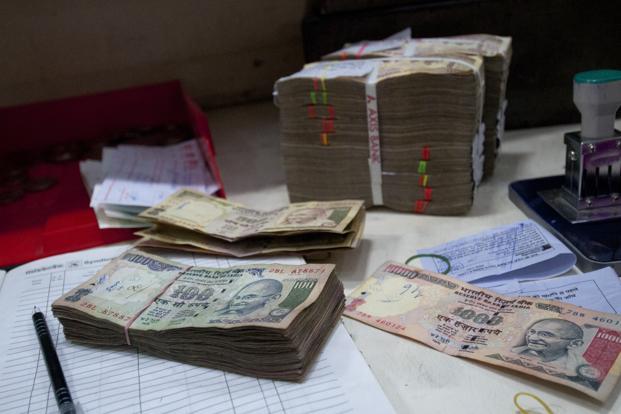 Mumbai: The window for rupee bond investors to celebrate India’s first current-account surplus in at least five years is closing before it had even officially opened.
The broadest measure of trade will be in surplus by $1.8 billion for the January-March period, the first time since the central bank started using International Monetary Fund (IMF) standards in 2010, a Bloomberg survey shows before official data due this month. Mizuho Bank Ltd and Standard Chartered Plc predict a swing back into deficit in the second quarter as oil prices rebound, a weak monsoon increases demand for food imports and the prospect of higher US interest rates spurs fund outflows.
UBS Group AG and Scotiabank are among global lenders that have pared their year-end estimates for the rupee in the past two weeks. The currency has weakened 2.2% this quarter as global funds turned net sellers of Indian debt in May for the first time in 13 months, withdrawing $1.3 billion. They’ve sold another $557 million in June.
“There’s been an improvement in the current account but I don’t think the surplus will sustain at all,” said Khoon Goh, a Singapore-based senior foreign-exchange strategist at Australia and New Zealand Banking Group Ltd (ANZ). “The biggest risk for the rupee is from the Federal Reserve rate hikes, when they do it, how much they do it. On the domestic side, the risk emanates from poor monsoon, whether the rain Gods will be kind or not.”
Rising imports
The current-account gap narrowed to $8.2 billion for the October-December quarter, from $10.1 billion in the previous period, central bank data show.
Mizuho Bank predicts a deficit of $10 billion to $11 billion in the April-June quarter, Tirthankar Patnaik, a Mumbai- based economist, said by phone on Tuesday. Standard Chartered’s Anubhuti Sahay too sees a shortfall, she said, without giving any estimated figures.
Asia’s third-largest economy is bracing for a second straight year of a deficient monsoon, which threatens to hurt crop output and stoke inflation. Kotak Commodity Services Ltd predicts a surge in imports of pulses and cooking oil. The June- September rainfall is estimated at 88% of a 50-year average amid the emergence of an El Nino pattern, which causes drier weather in Asia.
The 16% gain in Brent prices this quarter is boosting costs for India. The nation relies on imports for about 80% of its oil and is forecast to overtake China as the world’s top gold consumer this year. India’s exports dropped for a fifth straight month in April.
Estimates cut
“Sustainability of external-sector improvement is still not cemented,” Samir Tripathi, an economist at ICICI Bank Ltd, wrote in a 8 June research note. “A weaker rupee is crucial to support exports performance in the near term. We expect the rupee to trade in the range of 63-65 to the dollar, with a depreciation bias.”
The rupee gained 0.3% to 63.9250 a dollar on Tuesday. UBS on 29 May lowered its end-2015 rupee forecast to 66 a dollar from 63 earlier, while Scotiabank on 2 June cut its estimate to 66 from 63.80. The median estimate in a Bloomberg survey is for the currency to end the year at 64.25 a dollar. That compares with 63 at the end of March.
The yield on sovereign bonds maturing in July 2024, the current Indian 10-year benchmark, has jumped 23 basis points this quarter to 7.97%. The rupee’s one-month implied volatility, a gauge of expected swings used to price options, has climbed 84 basis points from this year’s low in April to 6.57%.
‘Not unhappy’
The currency has been weighed down also by the Reserve Bank of India’s (RBI) dollar purchases to boost foreign-exchange reserves and shield the nation from any capital outflows when the Fed raises borrowing costs.
“The RBI has been leaning against currency strength and might even welcome modest rupee weakness,” UBS wrote in a 29 May report. Governor Raghuram Rajan, in a newspaper interview published 4 June, said he’s not “unhappy with where the rupee is.”
The rupee dropped with Asian currencies in May amid signs the Fed is moving closer to raising rates. That capped a third month of declines, the longest such run since August 2013, when it sank to a record 68.845 after a Fed taper signal triggered an exodus of funds from emerging markets.
“A deficit in India’s current account, potentially weak monsoon rains and the Fed’s rate increases will all weigh on the rupee,” said Paresh Nayar, the Mumbai-based head of currency and money markets at the local unit of South African lender FirstRand Ltd. “The currency is poised to weaken further,” he said, adding that it could drop to 64.50 a dollar in 2015.
[“source – livemint.com”]