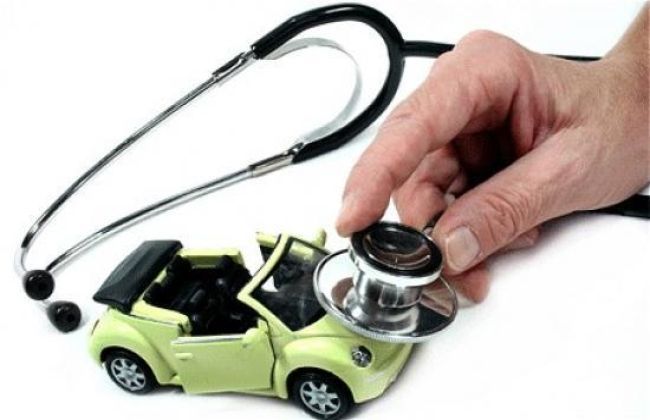 Examine the frame rails which run directly under the doors for signs of rust and corrosion, you should also inspect the inside and outside of the exhaust system as well as the wheel wells. You can tell repainting work by the irregular lines in the paintwork, as well as examining the body contour for waves or bumps.

That’s just the short version. Let’s go into the details of how to inspect any vehicle for repainting, rust or other body damage. This is part of what comprises a pre-purchase car inspection by Lemon Squad Car inspections, who are located throughout the United States, including Alaska and Hawaii.

Rust is a slow but deadly vehicle destroyer. Newer vehicle models are made more rust-resistant than older ones, but every car is still susceptible to rust corrosion. If the car was driven in a humid region, this increases the chances of rusting, as well as vehicles which have been exposed to snowy, icy and/or salt covered roads for an extended period of time.

You need to get the car up on some kind of lift in order to properly examine the underside of the car for rust. If you cannot do this, make sure you’re wearing clothes that you don’t mind dirtying, since you’ll have to slide under the car. Use a flashlight to look at all the metallic parts of the vehicle.

Apart from the underside, inspect the hood, trunk hinges and doors as well as their moldings, since they are also prone to rusting. Finally, lift the trunk carpeting and look in there – you might find a rusted patch carefully hidden there. If you find rust in these places, this could be an indication that the vehicle sustained water damage of some kind.

Paintjobs are a lot harder to inspect, today, cars can be repainted to make them look almost new. However, repainted cars could conceal important evidence like rust damage or damage after an accident.

The first step is to look through the entire vehicle for signs of paint bubbling. Bubbling indicates paintwork oxidation. Then, look from the side along the car’s natural trim lines. If you notice any variation, this could be an indication of previous damage. Lastly, inspect each panel at a time to ensure no imperfection was missed. Be on the lookout for irregular gaps between the panels as you inspect the paintwork.

You can use a small magnet to test whether the car body was repaired using body filler. Any place that the magnet doesn’t stick has body filler underneath.

Conclusion: Rust doesn’t have to be a deal-breaker

As we said earlier, any vehicle can be affected by rust. If you’re buying a used car that is fairly old, a certain amount of rust damage is expected. You can repair it after purchase, and even use it to negotiate a lower price.

In such cases, professional car inspection is necessary. Only a professional with experience can tell how much rust damage is acceptable given the age of the car. They also know how and where to look for rust and other forms of damage that the inexperienced person won’t know to look.