Skip to content
CURRENCY
June 17, 2015 Joy Mitra 0 Comments growth in the current quarter., upbeat view of the econom, which could grind to a halt or turn negative 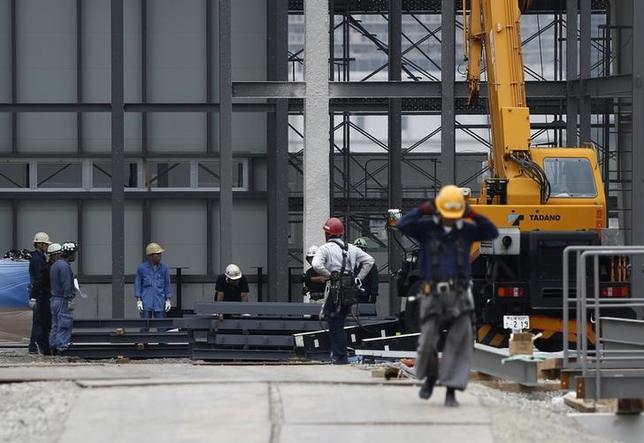 Japan’s export growth slowed for a second straight month in May, with weak external demand now threatening to erode economic growth in the current quarter.

Ministry of Finance (MOF) data showed exports grew 2.4 percent year-on-year in May, less than a 3.5 percent gain seen by economists and a 8.0 percent rise in the prior month. Compared with April, exports fell 2.7 percent.

Export growth, in tandem with domestic demand, is seen as crucial for building on the momentum evident from recent data showing stronger-than-expected economic expansion – led by corporate capital expenditure at the start of the year.

The data will be scrutinised by the Bank of Japan, which is expected to keep its monetary stimulus programme unchanged at its policy review later this week, after having offered a slightly more upbeat view of the economy last month.

“Exports are undoubtedly weak and the momentum is stalling due to slowdown in China,” said Takeshi Minami, chief economist at Norinchukin Research Institute.

“Exports are likely to keep a drag on economic growth, which could grind to a halt or turn negative in the current quarter given weak private consumption and external demand.”

Exports to Asia, which account for more than half of Japan’s shipments, rose 3.3 percent, after a 6.0 percent gain in April.

Exports to the United States, a key market for Japanese goods, rose 7.4 percent in the year to May, led by car shipments but slowed sharply from the prior month’s 21.3 percent gain. U.S.-bound export volume fell for the first time in six months.

Imports fell 8.7 percent in the year to May due to annual declines in energy prices, versus the economists’ median estimate for a 7.5 percent decline. That brought the trade balance to a deficit of 216 billion Japanese yen ($1.75 billion), roughly in line with a 226.0 billion yen deficit expected.

Revised gross domestic product data showed this month export growth slowed to 2.4 percent in January-March from 3.2 percent in the previous quarter, reflecting slowdown in the U.S. and Chinese economies.

The Japanese currency hit a 13-year low above 125 yen to the dollar this month before gaining some ground, but is down about 20 percent for the year.