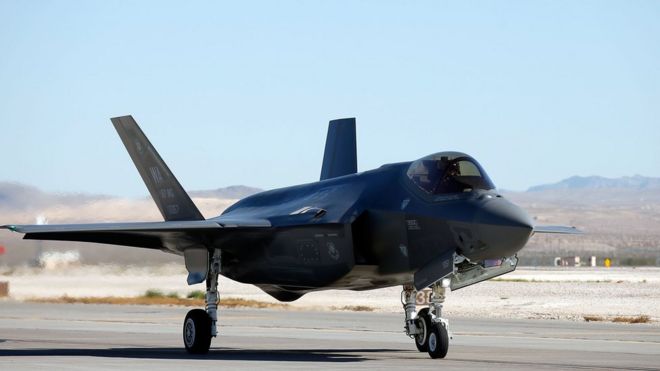 Shares in Lockheed Martin have fallen after President-elect Donald Trump said he would cut the cost of its F-35 Joint Strike Fighter after taking office.

He tweeted: “F-35 program and cost is out of control. Billions of dollars can and will be saved on military (and other) purchases after January 20.”

Jeff Babione, Lockheed’s F-35 chief, said the company understood concerns about affordability, but added: “It’s an amazing programme. It’s great value and I look forward to any questions that the President-elect may have.”

He was in Israel on Monday with US Defence Secretary Ash Carter as the country prepared to take delivery of first F-35 fighters.

Israel is among a small number of US allies to buy the plane.

Mr Trump’s missive comes a week after he condemned as “out of control” the cost of a new Air Force One plane being built by Boeing.

Israel – which signed a deal this year for $38bn in US military aid – has ordered 50 of the new fighter jets, each priced at around $100m.