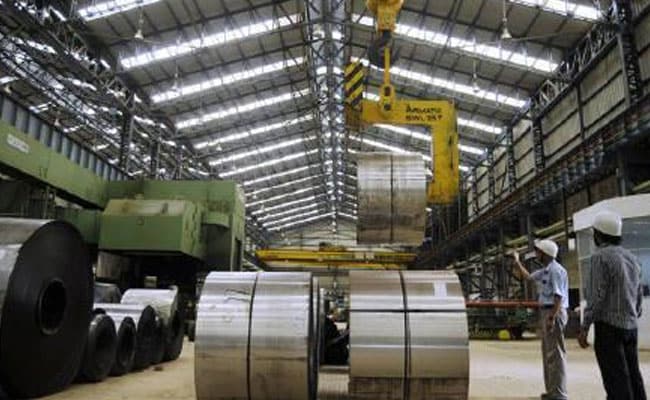 Activity in India’s manufacturing sector eased to a four-month low in June amid a slowdown in output and new orders as softer domestic consumption partly offset strong foreign demand, a private business survey showed on Monday. The Nikkei India Manufacturing Purchasing Managers’ Index, compiled by IHS Markit, fell to 50.9 in June from 51.6 in May, but still held above the 50 level that separates growth from contraction for a sixth straight month.

Factory activity has recovered since December, when it contracted for the first time in a year after Prime Minister Narendra Modi’s November 8 move to ban high-value currency notes crunched demand.

Manufacturing growth slowed last month largely as domestic consumption cooled even as external demand remained solid. The new orders sub-index – which takes into account both domestic as well as foreign demand – declined to 51.3, the lowest level since February, from 52.6 in May.
“For the third month in a row, production growth in India eased during June. The slowdown occurred due to weak client demand, with order books up at a slight and softer pace,” said Pollyanna de Lima, economist at IHS Markit.

Optimism about future output also slipped for the first time in four months as manufacturers expressed concerns about the initial impact of a goods and services tax that came into effect on Saturday.

On the brighter side, recovery in foreign demand for Indian manufactured goods helped drive export orders to an eight-month high in June, after a contraction in May.

Although manufacturers experienced reduced input cost pressures last month they did not pass on the benefits to customers.

As expectations of a normal monsoon is seen keeping food prices in check, inflation is unlikely to breach the Reserve Bank of India’s medium-term target of 4 per cent in the near future.

That, alongside India’s economic growth slumping to a more than two-year low of 6.1 per cent in January-March, has increased the chances of a central bank rate cut by year-end.

However, a successful implementation of the GST is expected to boost economic growth.

“With the impact of demonetisation largely over and the GST unlikely to substantially derail consumer spending, IHS Markit forecast real GDP growth to hit 7.3 per cent for FY 17/18,” Ms de Lima said.