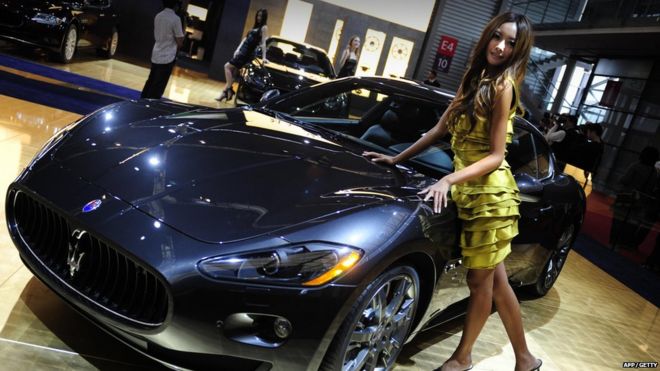 Italian luxury car maker Maserati is recalling nearly 21,000 cars in China over a design defect that could increase the risk of a collision.

The affected vehicles include the Quattroporte and Ghibli models made between March 2013 and December 2015, state-owned media said.

China’s quality watchdog claims a design problem with the floor mat and accelerator could lead to the pedal getting stuck in the working position.

Maserati will replace the pedals.

Luxury car brands have seen sales suffer in China in recent years due to the slowing economy and a government crackdown on corruption and overt displays of wealth.

However, firms like Maserati are now looking to online retailing as a new source of growth. China is the world’s biggest e-commerce market with nearly 700 million internet users.

They reportedly sold out in 18 seconds. The car is due to officially launch in China in July.