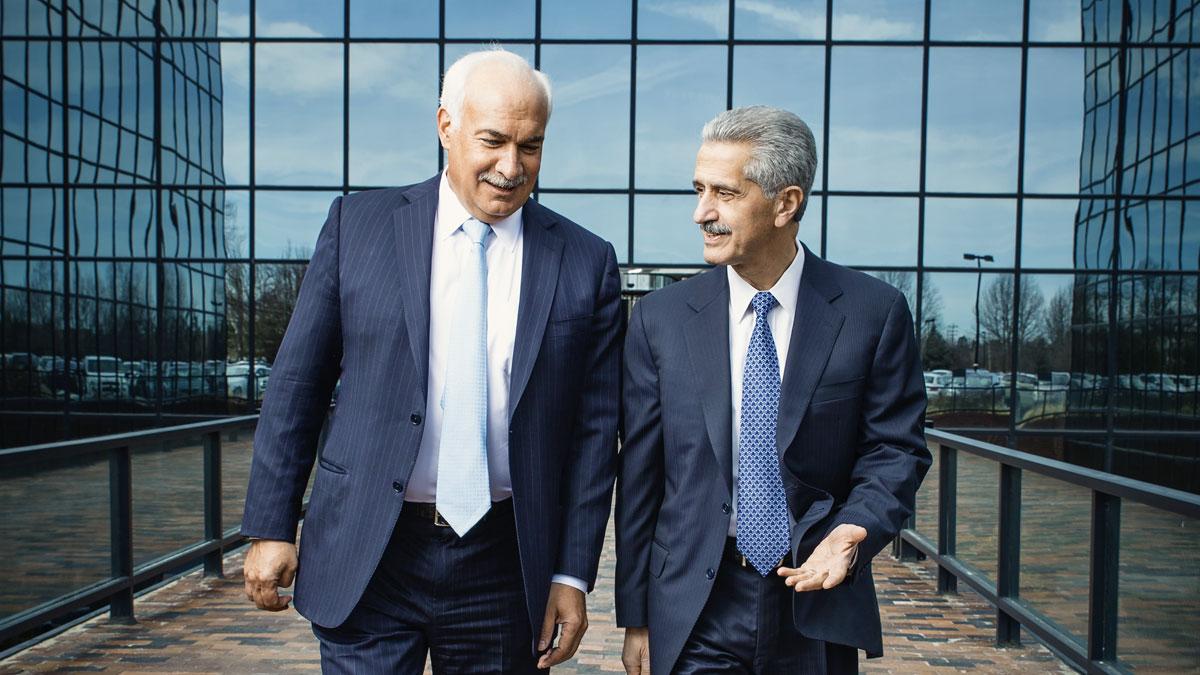 On a freezing, snow-covered Friday in early March, Andy Graiser and Emilio Amendola are standing in the parking lot of a suburban Long Island strip mall, ruminating on the evidence of drastic changes to the retail sector over the last 25 years.

One side of the strip houses a 10,000-square-foot Ulta Beauty next to Tilly’s, DressBarn and Modell’s. In 2012, when the pair started workout firm A&G Realty Partners, based in Melville, N.Y., that same space was almost entirely occupied by a Barnes & Noble. Going back further, a Tower Records and a Pergament paint store.

“From what it looked like before to what it looks like now, you never would have expected this,” Amendola says of the mix of stores and restaurants that now make up the strip mall. Left unsaid and largely unseen is the fact that he and Graiser have played a role in driving that transformation by helping retailers extricate themselves from underperforming stores, negotiate rent reductions and optimize their real estate assets.

In today’s ultracompetitive climate, retailers are finding themselves with limited options for expansion. Industrywide, net new-store growth is virtually nonexistent. Consider that U.S. shopping center space grew by an annual average of 169 million square feet from 2000 through 2008. For the last five years the pace has slowed to less than 50 million square feet per year.

Retailing is facing an existential crisis centered on its so-called footprint. Many blame the economic fallout from the financial crisis and recession, but the real culprits are digital and mobile alternatives from the likes of Amazon.com AMZN -1.11%, Wayfair and Tire Rack. The new 80-million-strong wave of Millennial shoppers–representing $1 trillion in spending–are anything but mall rats. So, many real-estate-centric retailers are scrambling, and that makes for a booming business for A&G Realty’s Amendola and Graiser.

Over the last two decades the pair have renegotiated and mitigated more than $6 billion in leases and worked on nearly 30,000 properties, mostly for onetime retailing greats like CompUSA, Blockbuster and Borders. A&G typically charges from 3% to 10% of gross proceeds on leases or properties sales. The recent sale of a distribution center for bankrupt retailer Delia’s for $4 million, for example, netted A&G an estimated commission of $120,000. Its work with Borders brought in more than $1 million.
Long Island native Graiser is the idea man, opining on the industry’s future and how lack of new development and concern for liquidity has prompted retailers to make acquiring leases an effective growth strategy. Amendola, a Bronx-raised son of a barber, is the numbers man.

RadioShack is a client. When its efforts to avoid Chapter 11 failed, A&G sold dozens of leases, many to GameStop, before the filing.